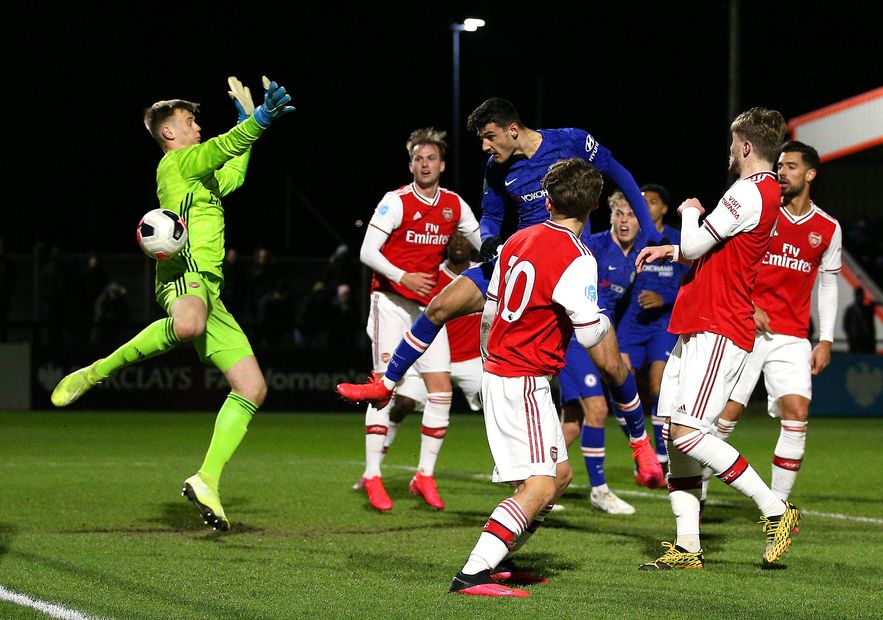 Billy Gilmour scored one goal and set up another as Chelsea earned a comeback 2-1 victory over Arsenal to go top of Premier League 2 Division 1.

With January loan signing Pablo Mari making his first appearance for Arsenal, the Gunners took the lead on 16 minutes through Folarin Balogun's long-range strike before Armando Broja, pictured, headed in a corner for Chelsea on 32 minutes.

Blues captain Gilmour struck from close range on the stroke of half-time, with his effort proving decisive as Arsenal were unable to respond.

Still unbeaten, Chelsea move three points clear of second-placed Leicester City and 10 ahead of Arsenal, who drop to sixth.