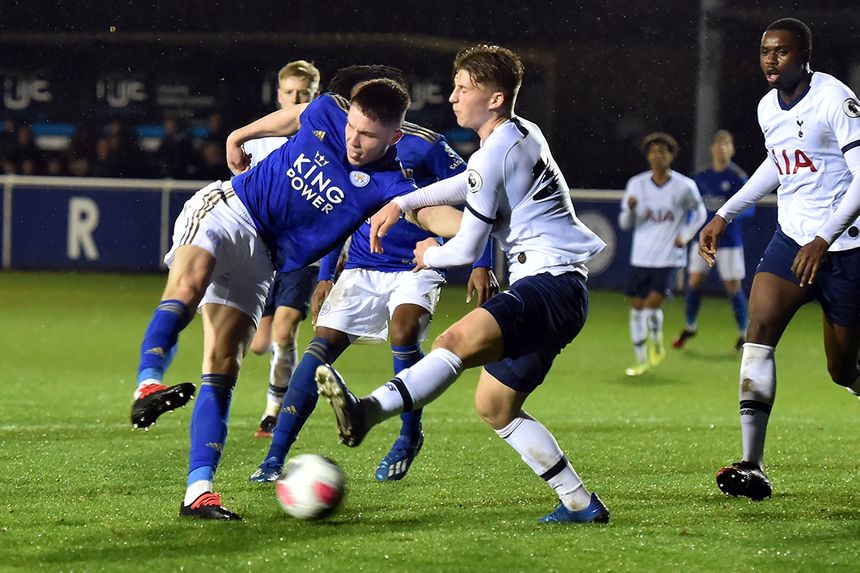 Dilan Markanday put Spurs in front after 18 minutes before Hirst equalised from the penalty spot in the 44th minute.

Leicester took the lead in first-half stoppage-time through Callum Wright.

Jubril Okedina made it 2-2 on 58 minutes, but Hirst's second with 17 minutes remaining proved decisive.

Leicester leapfrog second-placed Chelsea, who have a match in hand, on goal difference.