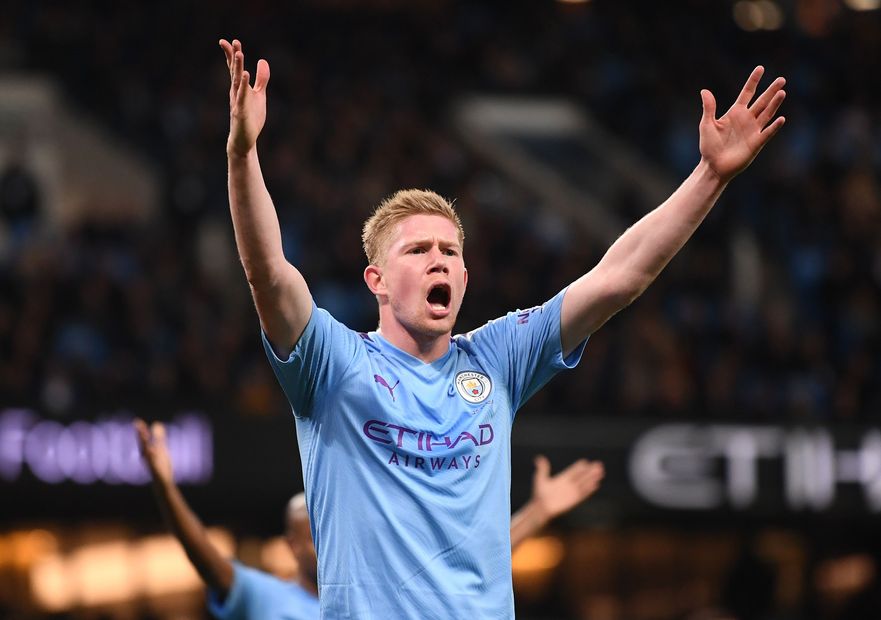 Millions of Fantasy Premier League managers were left reeling by the postponement of Sunday's match between Manchester City and West Ham United due to extreme weather conditions brought about by Storm Ciara.

The Man City v West Ham fixture will be moved to a new date, yet to be announced. If it is not rearranged within Gameweek 26, FPL managers will have to turn to their vice-captains and benches for points.

More than 1.5million managers who handed one of the pair the captain's armband will be looking to their vice-captains.

Those who have Mohamed Salah (£12.7m) as their vice-captain to Aguero or De Bruyne combine to over 300,000 managers.

But almost 200,000 who selected both Aguero and De Bruyne as their captain and vice-captain will be feeling particularly sore, as will a further 118,000 who had pinned all hopes of double points on solely Man City players.

Hope off the bench?

More than 1million managers with Aguero and De Bruyne in their squads have Todd Cantwell (£4.9m) waiting in the wings, although Norwich City face a difficult assignment against league leaders Liverpool next weekend.

A further 685,327 managers who have John Lundstram (£5.0m) on their benches have had their agony slightly eased after the Sheffield United player came on to score against AFC Bournemouth on Sunday to earn seven points.

However, the 11.4 per cent of managers who own Ederson (£6.0m) could get zero points from their replacements as over 2.5million managers have a traditionally non-playing goalkeeper in reserve.

Man City already have one match that needs to be rearranged after their fixture at home to Arsenal in Gameweek 28 was postponed due to their participation in the EFL Cup final.

When the date is confirmed for Sunday's postponed match, it will likely create a scenario where City and West Ham will be handed two fixtures in a single Gameweek, a "Double Gameweek".

This is particularly significant for FPL managers still clinging on to their chips.

With two fixtures in a single Gameweek, it could provide an opportunity for FPL managers to gain big returns from their Triple Captain and Bench Boost chips.

In Double Gameweek 24, those who triple-captained Salah were rewarded with a 48-point haul.

Managers should not forget that there is also the possibility of further postponements as a result of Premier League clubs' participation in the FA Cup sixth round, which coincides with Gameweek 31 on the weekend of 21-22 March.

Those FPL managers yet to play their second Wildcard may also look to keep this in reserve until the fixtures have been rescheduled and the dates of any Double Gameweeks are known.