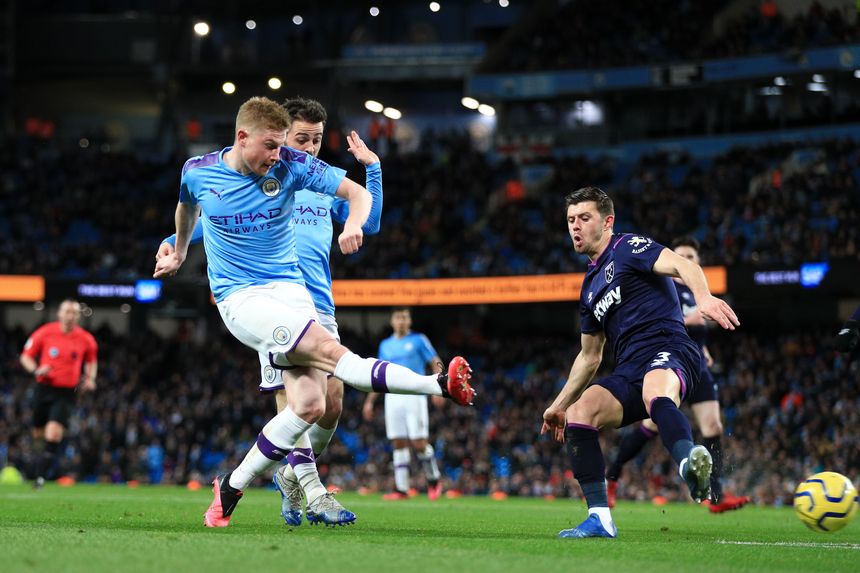 There were contrasting fortunes for the most popular captains in Gameweek 26 of Fantasy Premier League.

Kevin De Bruyne (£10.8m), the third-most popular choice, produced a goal and an assist in Manchester City's win against West Ham United to total 14 points, helping the Belgian overtake Mohamed Salah (£12.8m) at the top of the FPL player standings.

The top two captaincy picks did not fare as well.

There was disappointment for a host of managers on Saturday, after Salah became only the second player to be captained by over two million people this season.

The Egyptian had 30 points from his previous two matches prior to the trip to Carrow Road, only to score three points against bottom side Norwich City.

And Sergio Aguero (£12.1m) blanked for the second match in a row despite attempting six shots for Man City against the Hammers.

Of the top 20 most-popular captaincy picks of Gameweek 26, De Bruyne and Son Heung-min (£10.0m) were the only two to deliver double-digit hauls.

The top 100 FPL managers were in complete agreement with the masses, with the same three players chosen in the same order.

For the second successive Gameweek, Sadio Mane (£12.2m) was the most-sold player, with more than 340,000 parting company with the Senegalese ahead of Liverpool's trip to Norwich.

Mane, who had missed two Gameweeks through injury, was named on the bench at Carrow Road.

But he came on with 30 minutes remaining and scored a 78th-minute winner for the Reds, which earned him five points.

While managers who sold Mane may now be regretting their decision, those who parted company with Jamie Vardy (£9.7m) will probably feel their decision was justified.

The Leicester City striker was discarded by more than 292,000 people ahead of Gameweek 26 and blanked in a 0-0 draw with Wolverhampton Wanderers on Friday night.

Vardy has no goals and only one assist in his last six appearances.

Son and Danny Ings (£7.1m) were each acquired by more than 181,000 people ahead of enticing fixtures.

Ings may have been on the losing side on Saturday but he scored his 15th Premier League goal of the season in Southampton's 2-1 home defeat to Burnley, claiming seven points.

On Sunday, Son scored twice and claimed 13 FPL points as he inspired Tottenham Hotspur's 3-2 triumph at Aston Villa but the match came at a cost as he is now sidelined with a fractured arm.