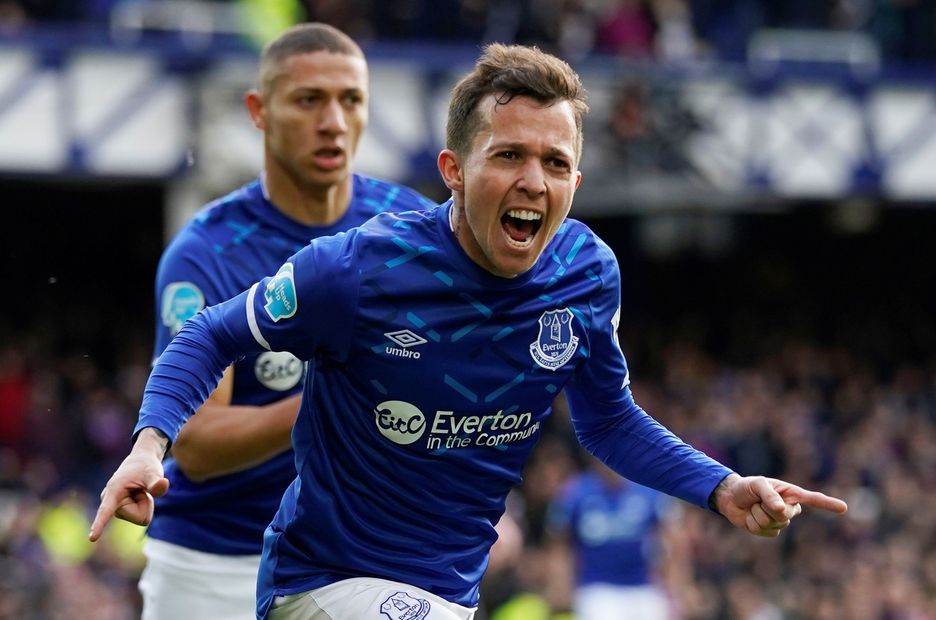 Superb strikes from Bernard and Richarlison, plus a Calvert-Lewin goal, earn Toffees 3-1 win over Crystal Palace

Brilliant goals from Brazilian duo Bernard and Richarlison helped Everton move up to seventh place in the Premier League with a 3-1 victory over Crystal Palace.

The breakthrough came on 18 minutes when Theo Walcott skipped past Patrick van Aanholt and crossed for Bernard to spectacularly volley in on his 50th Premier League appearance.

Roy Hodgson’s men were level six minutes after the break when Christian Benteke's shot slipped through the hands of Jordan Pickford for his first Premier League goal since April 2019.

Everton restored their lead seven minutes later, as Richarlison raced beyond the Palace defence and fired into the bottom corner, before Calvert-Lewin tapped in a late third.

The Toffees are on 36 points, one behind Tottenham Hotspur having played a match more, while Crystal Palace have six fewer points in 14th.