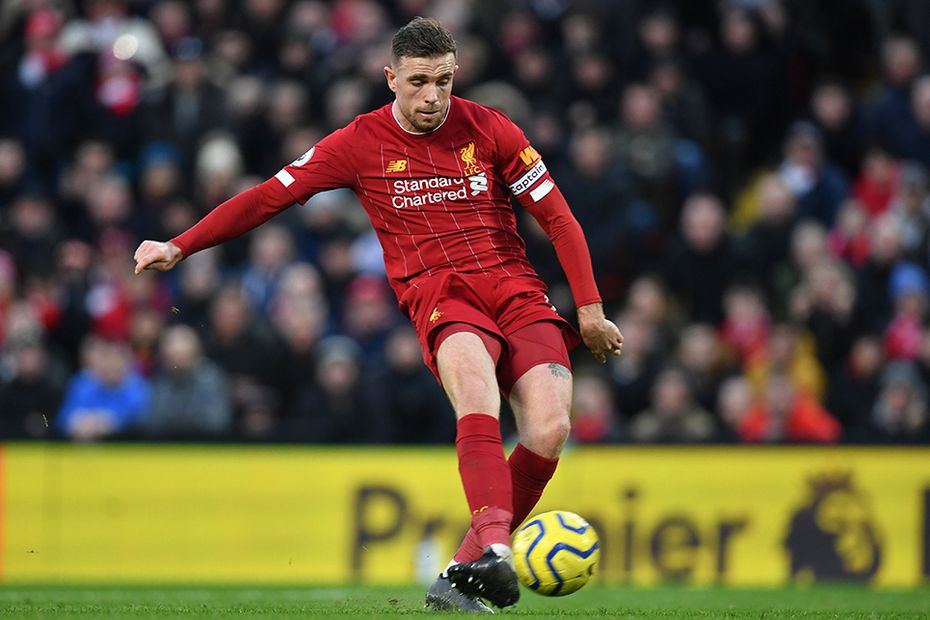 Mohamed Salah may have grabbed the limelight with his two goals against Southampton, but Premier League Champion Alan Shearer believes Jordan Henderson was the driving force for league leaders Liverpool.

Indeed, he believes that has been the case throughout the campaign.

In addition to naming the Reds captain in his Premier League team of the week after his goal and assist against Saints, Shearer has given Henderson his early backing for the EA SPORTS Player of the Season award.

👀 @alanshearer's Team of the Week is here

Made excellent and crucial first-half saves when the match was goalless, diverting Sergio Aguero's shot on to the post before stopping Ilkay Gundogan's penalty.

Everton were trailing 2-0 in first-half stoppage-time but the centre-back turned the match around with two quickfire goals before the break.

Didn't give Anthony Martial a kick at Old Trafford. The hosts had very few clear-cut chances.

The Chelsea centre-back gave his team-mates a lesson in finishing with his two clinical headers.

The 20-year-old was up against a tricky opponent in Riyad Mahrez but kept the Algerian very quiet and he showed his pace when he reached a through-ball ahead of Raheem Sterling.

Delivered another inspirational captain's performance with his goal and assist. He is my Player of the Season as it stands.

He broke the deadlock for AFC Bournemouth in a hugely important match and then stood strong when his side were reduced to 10 men.

Two more goals for the Egyptian, who looks back to his best.

Just the three assists for the Brazilian, whose movement, vision and unselfishness are so important to Liverpool's attack.

Enjoyed a dream debut with his stunning first Premier League goal. His chest control was perfect, ensuring the ball dropped straight on to his foot and giving Fernandinho no time to react.

Liverpool's 22-point lead, the biggest ever in the Premier League, is a testament to the German's motivational powers. There has been no sign of complacency.