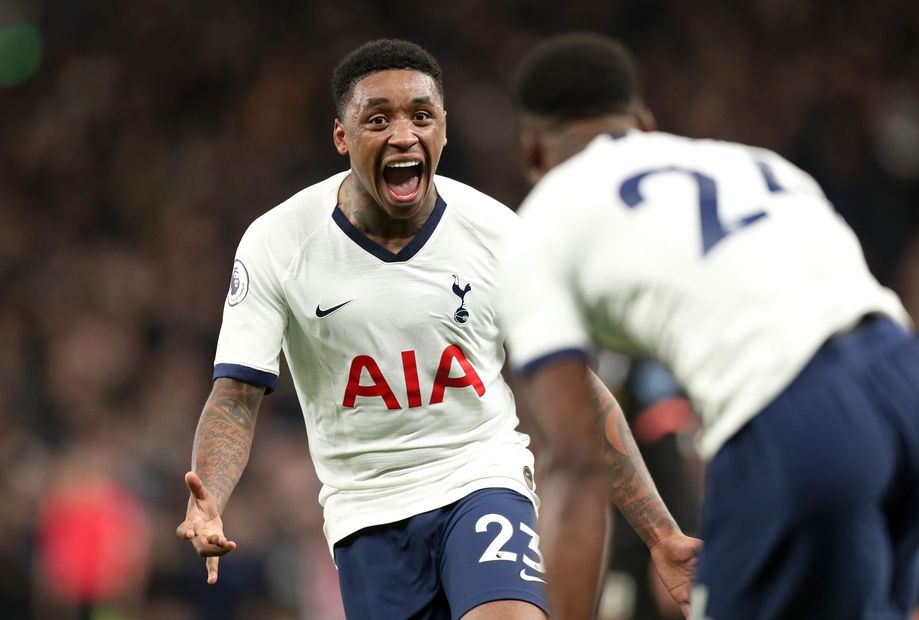 Pep: 'We must accept it and move on' External Link

Steven Bergwijn scored a brilliant goal on his Tottenham Hotspur debut as they beat Manchester City 2-0 and moved up to fifth in the Premier League table.

The Dutch winger, signed from PSV Eindhoven in the January transfer window, chested the ball and volleyed into the bottom-right corner from 18 yards to give Spurs a 63rd-minute lead.

In the first half, Sergio Aguero's shot was diverted on to the post by Hugo Lloris.

Then the Argentinian won a penalty after being fouled by Serge Aurier, following a consultation with the Video Assistant Referee. Lloris saved Ilkay Gundogan's spot-kick.

City were reduced to 10 men on the hour mark when Oleksandr Zinchenko was shown a second yellow card for a foul on Harry Winks, and Spurs took advantage.