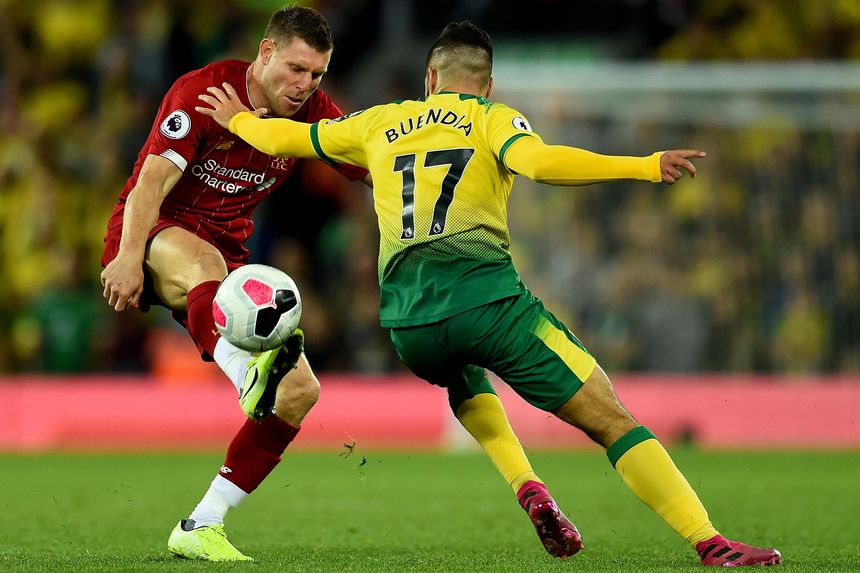 Bottom-club Norwich City will look to build on a goalless draw at Newcastle United last time out and close the seven-point gap to 17th place.

Ben Godfrey has served a three-match suspension and could be in line for a Norwich City return.

Timm Klose (knee) remains a long-term absentee for the Canaries.

Sadio Mane and James Milner have trained all week and are in contention for Liverpool, who report no fresh injuries.

Norwich are aiming for their first win in 14 Premier League matches against Liverpool (D2 L11).

The Canaries are also hoping to beat a team top of the Premier League table for the first time since defeating Manchester United 1-0 in 2012.

Of the 359 fixtures played more than 10 times in the Premier League, Norwich v Liverpool has the highest goals-per-match average. The 68 goals scored in 17 matches is an average of four per match.

Alisson is conceding on average one goal every 244 minutes this season. It is the best ratio of any goalkeeper in a Premier League campaign with a minimum of 10 appearances.