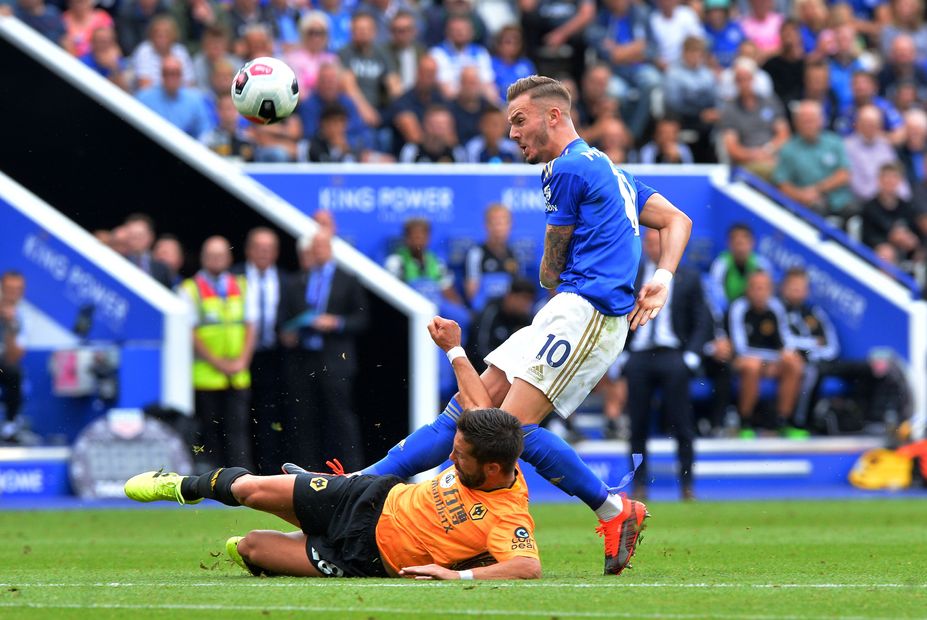 Wolverhampton Wanderers can jump from ninth to sixth place with a win at Molineux.

Leicester City could leapfrog Manchester City into second place with a second win in three matches.

Wolves are only missing Ruben Vinagre (hamstring). Adama Traore has been passed fit after recovering from a shoulder injury.

Leicester's Wilfred Ndidi (knee) is a doubt and January signing Ryan Bennett is ineligible against his parent club.

But Wes Morgan has returned to the squad and Matty James, who is yet to make a first-team appearance this season, is building up his fitness after playing for the Under-23s.

Wolves have won both of their previous Premier League home matches against Leicester, triumphing 4-3 each time.

This will be Wolves’ fifth Premier League match on a Friday. Their only previous victory on that day came against Manchester City in December.

James Maddison has had 58 shots and created 64 chances this season. He is one of only three players to exceed 50 in both, with the other two being Kevin De Bruyne and Jack Grealish.

Leicester have lost three Premier League matches when scoring the first goal this season, the same amount when conceding first.

Jamie Vardy is aiming to end a run of five Premier League appearances without a goal. The Leicester striker last had a longer run without scoring when he went seven matches between December 2016 and February 2017.