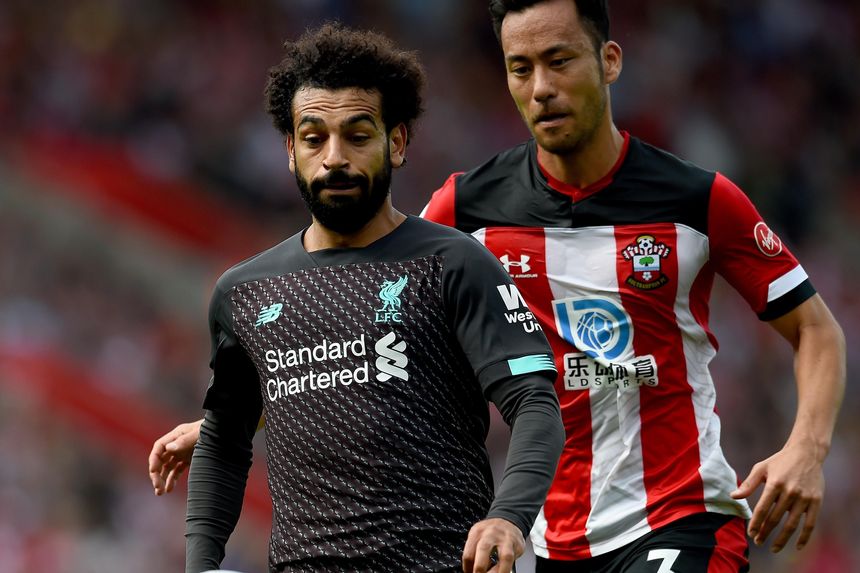 The in-form attacker has a fine record against Saints, scoring five goals in five Premier League meetings with them.

Salah has been prolific at Anfield this season, averaging 8.4 points per home match.

And with Sadio Mane (£12.3m) an injury doubt, the Egyptian's popularity as an armband option is set to rise.

Vardy back to bite sellers?

Jamie Vardy (£9.9m) has been moved on by 413,000+ managers in the Gameweek, more than any other player, following a run of one goal and two assists in six appearances.

However the Leicester City striker, who returned from a glute injury with a substitute's appearance in Tuesday's EFL Cup semi-final against Aston Villa, could punish his recent sellers with a return to form at home against Chelsea.

The Blues have a poor defensive record away from Stamford Bridge with just one clean sheet in their 12 road trips this season.

Martial has averaged 6.4 points per home start for Man Utd in 2019/20 and remains their main goal threat with Marcus Rashford (£8.9m) injured.

Jimenez visits Old Trafford on the back of 21 points in the last two Gameweeks. Away from home, his 38 shots and 18 shots on target are both among the top two players in FPL this season.

Jack Grealish (£6.7m), meanwhile, has produced double-figure hauls in each of Aston Villa's away matches at Burnley and Brighton & Hove Albion.

The Villa playmaker will look to continue his strong form on the road at AFC Bournemouth, who have lost five of their last seven matches.

Ben McNair (@drbenmcnair): Salah will be a popular option and rightly so. He looks nailed-on to start, which is more than we can say for alternatives like Sergio Aguero (£12.0m). For those looking for a risky differential, Grealish is enticing.

Holly Shand (@FFCommunity_): It's set to be a tough week for captaincy, but I think I've settled on Salah. He's been excellent at home this season and Anfield is an absolute fortress for Liverpool.

Sam Bonfield (@FPLFamily): There is one standout choice on paper: Salah at home to Southampton. Saints have been excellent lately and are proving much more solid defensively. However, I think with the Mane injury, Salah will be the main focus of Liverpool's attack and I expect them to score. It's likely Salah will have a hand in the goals.

Paul Gee (@FplPaulGee): Salah is going to be the easy pick this week. He continues to get loads of chances and with Mane likely out it's an obvious choice. A differential captain could be Aguero, but personally I like to captain him at home.

Lee Bonfield (@FPL Family): Over the last few weeks, I feel like I've done a lot of overthinking in FPL, including taking a hit for Mane Triple Captain! This week, I'm keeping it simple. Salah's in form and at Anfield where he tends to flourish. Saints' away form is good, but Liverpool's home form is imperious.