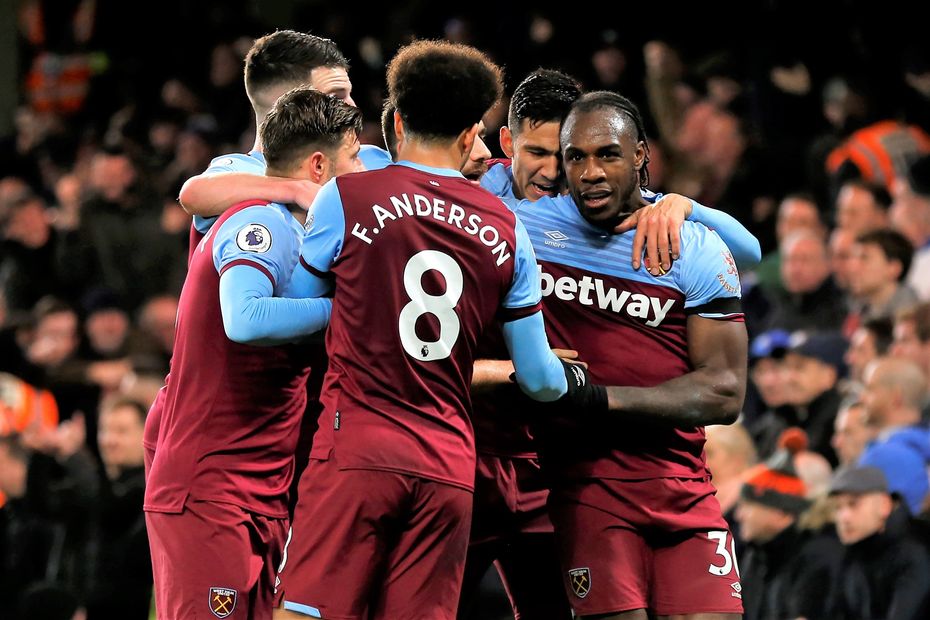 Adrian Clarke is looking at key tactical points ahead of the final fixture in Matchweek 24.

In a West Ham United side short of pace and power, Michail Antonio is an invaluable player for David Moyes.

The 29-year-old has had an injury-ravaged campaign but, when fit, he offers something that no one else in the squad can: the ability to unsettle and stretch defences with his running.

West Ham sorely miss the outlet Antonio provides when he is absent.

The attacker has registered only one goal and one assist in 2019/20 but statistically the team find it much easier to score when Antonio is on the pitch.

Without him, it takes the Hammers 27 minutes longer per match to score.

Adama Traore's outstanding display against Liverpool last time out should encourage Antonio and his team-mates as they now prepare to host the leaders.

The Wolverhampton Wanderers winger terrified left-back Andrew Robertson each time he charged down the right, delivering 10 crosses from open play, including a terrific assist.

Whether he is making angled runs from a central position or an orthodox wide berth, Antonio will surely try to test Robertson in a similar way.

He is not as quick as Traore, nor is he playing with as much confidence, but there are similarities.

West Ham's midfield is full of technical players who like to create but, without faster men around them, they have struggled to be incisive.

They have spent too much time playing in front of their opponents, without enough players breaking into the box to support lone striker Sebastien Haller, so their goal count has consistently fallen below expectations.

To stand any chance of beating Liverpool at home, they must show more drive and ambition in the final third.

Capitalising on transitions is a hugely important aspect of the modern game but the Hammers have scored only once on the break all season.

Given they are averaging 47 per cent possession, they have to improve in this area.

It feels imperative that Moyes brings in players with more athleticism.

West Ham on the break

West Ham have not made the most of Haller's aerial ability either, with service from wide areas lacking quality.

They have scored only one headed goal this season, from centre-back Issa Diop meeting a free-kick at home to Everton this month.

They are yet to score from open play with a header.

Moyes must devise a strategy that gets West Ham's full-backs and attacking midfielders into better positions to cross, from closer to the byline.

From an individual standpoint, Antonio is his best weapon right now. It will be interesting to see how he is used against Liverpool.