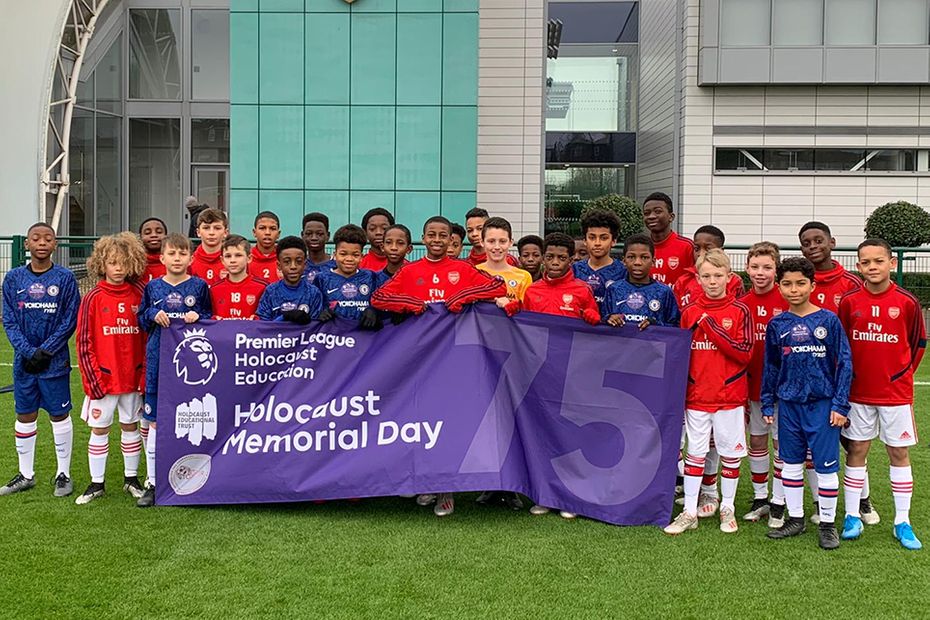 On Holocaust Memorial Day, League and clubs working to educate about the horrors of hate crime

On Holocaust Memorial Day, Premier League clubs are helping the fight against hate crime and antisemitism.

The Premier League has been working with the Holocaust Educational Trust to ensure clubs' Academy players are educated about the Holocaust.

Survivors from the Holocaust have spoken to youngsters about the horrors of the Nazi concentration camps.

"If we can show the footballers what they do in school then it's part of us developing well-rounded young people which is a key aim of our work," explained Martyn Heather, Head of Education & Welfare at the Premier League.

Since September, 14 clubs have been involved in the project, which is aimed at the Under-14 age group and links in with the school curriculum.

Two boys from each of the clubs will visit Auschwitz next year and act as ambassadors, helping to deliver the programme.

And last weekend, 27 clubs were involved in commemoration ceremonies at various youth matches and events.

Players and managers from clubs have united to record a video to send a message against hate crime and antisemitism.

The video includes haunting images from Nazi Germany, the ghettos and concentration camps, while Jurgen Klopp, Frank Lampard, Harry Winks and Mark Noble are among the stars asking supporters to "Stand Together” against all hate crime, especially antisemitism, to avoid a repeat of the atrocities of Nazi Germany.

Chelsea have conducted a longstanding fight against antisemitism.

In January 2018, they launched the "Say No to Antisemitism" campaign, which included education of the Holocaust to their players, a friendly match against New England Revolution last May.

And the Chelsea Foundation has been working in local schools, running equality and diversity programmes, with a focus on fighting antisemitism.