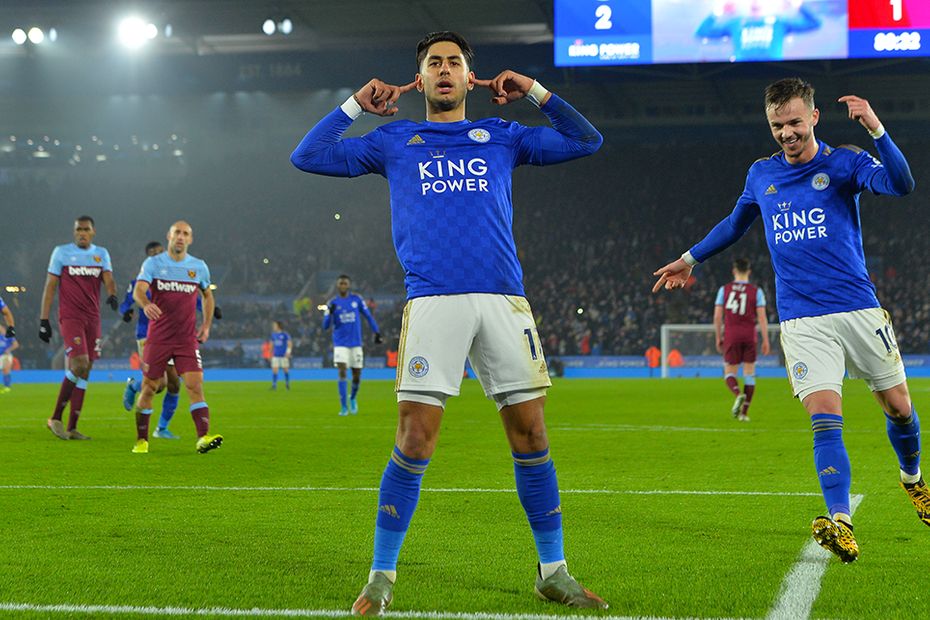 Two goals from Ayoze Perez helped Leicester City to a 4-1 victory over West Ham United and earned the Spaniard a place in Alan Shearer's best XI for Matchweek 24.

Perez stepped up to fill in superbly after Premier League top scorer Jamie Vardy was forced off injured in the opening half of Tuesday night's match as the Foxes bounced back from successive defeats in style.

He made a string of crucial second-half saves to earn AFC Bournemouth a vital three points and a first win in seven matches.

A constant threat down the right for Leicester and showed his worth with a goal and an assist.

With two stoppage-time goals for my old team, how can I leave him out?

Solid at the back for Burnley, Mee didn't give Manchester United a sniff at goal. He also contributed to the first goal for Chris Wood in a famous win at Old Trafford.

He made a crucial block on Anthony Martial early on when the score was 0-0 and kept Manchester United's attackers quiet.

Not many players give Liverpool as many problems as Traore did on Thursday as his form continues to rise.

Liverpool's captain drove his side forward in the first half with a goal and helped them weather the Wolves' storm in the second, as well as supplying the assist for Roberto Firmino's late winner.

The Aston Villa midfielder has added consistency to his game, performing at a high level week-in week-out.

He scored a great goal and looked a threat every time he got the ball for Southampton.

He made sure Leicester did not miss the injured Vardy, netting two goals after the team's top scorer was forced off.

What a kid! Martinelli ran tirelessly in a defensive effort and took his goal with ice in his veins to earn 10-man Arsenal a point.

He has turned the team's form around with back-to-back wins, including a first victory for the Clarets in 58 years at Old Trafford.