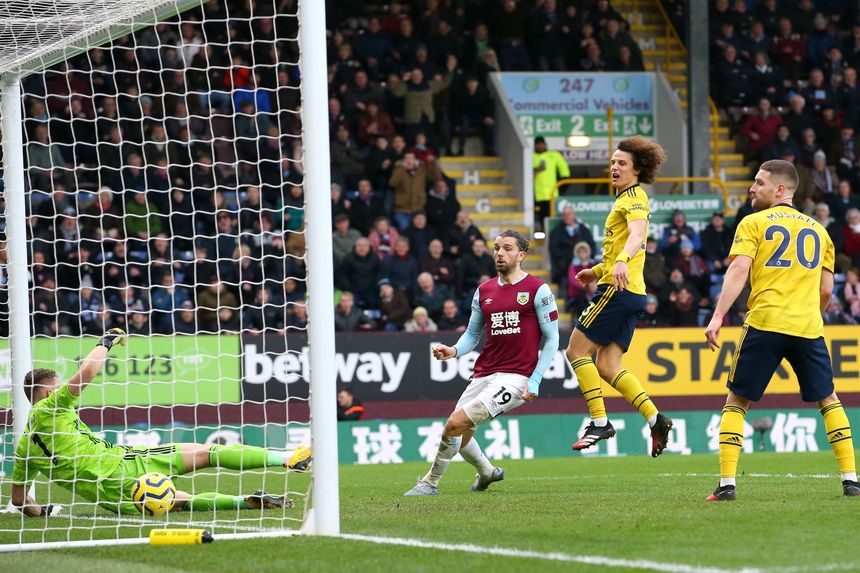 Arsenal were held for a fourth successive Premier League match as they produced an entertaining 0-0 draw with Burnley side at Turf Moor.

Mikel Arteta's team started brightly, with Alexandre Lacazette heading just past the post and Pierre-Emerick Aubameyang firing wide when through on goal.

Bernd Leno denied Jay Rodriguez at the other end while Jeff Hendrick's shot flew wide of the post.

James Tarkowski and Hendrick both spurned good headed opportunities early in the second half before Aubameyang just missed with a header for Arsenal.

The best chance of the match fell to Rodriguez, whose close-range volley crashed against the underside of the crossbar before landing on the goalline and bouncing out.

Arsenal move up to 10th with 31 points, ahead of 11th-placed Burnley on goal difference.