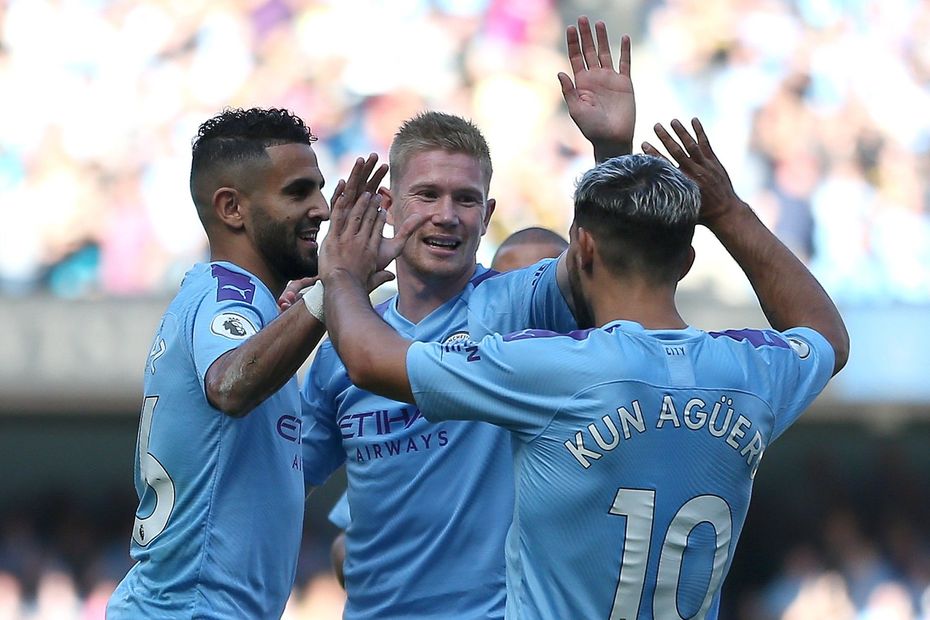 The Scout’s panel discuss their plans for Pep Guardiola's players, considering their explosive potential, risk of rotation and tricky fixtures

Managers in Fantasy Premier League have recently been in two minds when it comes to Manchester City's key players.

But he was the fifth most-sold player ahead of Tuesday's 18:30 GMT deadline, as many turned to Sadio Mane and Mohamed Salah (both £12.4m) for Liverpool's Double Gameweek 24.

The Belgian punished those sellers with a seven-point haul at Sheffield United, earning his 17th FPL assist of the season in the 1-0 win.

Sergio Aguero (£11.9m), meanwhile, was the second most-bought player in Gameweek 24 after delivering five goals, an assist and 33 points in his previous two matches.

The Argentinian justified that investment by scoring the decisive goal at Bramall Lane.

But he was given only 24 minutes as a late substitute. And since returning from injury in Gameweek 18, Aguero has started only four of the last seven Premier League matches.

The Algerian produced his season-high haul of 17 points in Gameweek 22, only to be benched against Crystal Palace in the following fixture.

Tightening up at the back

The Frenchman's influence on Pep Guardiola’s backline is obvious.

They have kept a clean sheet in three of the five matches Laporte has started this term, compared with just five clean sheets in 19 without him.

However, Man City are now set to embark on a tough schedule.

According to the Fixture Difficulty Ratings (FDR), six of their next eight matches score four.

Turning attention to the cups?

Although Man City's big-hitters are capable of providing big hauls against almost any opponent, their run is in stark contrast to that of Liverpool.

All five of the Merseysiders' matches over Gameweeks 25-29 score only two.

And if the Reds triumph against both Wolverhampton Wanderers and West Ham United in their Double Gameweek 24, they would have a 19-point advantage over Man City.

There is a possibility that Guardiola may then decide to prioritise the UEFA Champions League and FA Cup.

While investing in City's key players can undoubtedly reward owners, the degree of risk would be raised even further if the Spaniard steps up his rotation.

De Bruyne is arguably the most likely to remain immune to such tactics. He has started 22 of the first 24 Gameweeks, more than any team-mate.

Sam Bonfield (@FPLFamily): Owning a Man City player always feels like a huge rotation gamble. I have De Bruyne, who seems the most risk-free option in attack and I'm pleased to have him. I owned Laporte at the beginning of the season and he's one I'm watching to see if City tighten up defensively, as they did against Sheffield United. Aguero remains an issue for me. His form is great but his risk of rotation is massive and he was benched on Tuesday. Had Gabriel Jesus (£9.5m) scored his penalty, Aguero may not have played at all and at his price tag I don't want that level of risk.

Holly Shand (@FFCommunity_): I have De Bruyne and I think one City player is enough but I'm interested in swapping for Aguero. We may see City start to focus more on their cup competitions in the coming weeks so it is a risk.

Ben Crabtree (@FC_CrabDogg): There's no need for De Bruyne to go anywhere and I swapped Raheem Sterling (£11.7m) for Aguero this week. Their fixtures mean I'm not interested in their defence or tripling up.

Chuck Booth (@ChuckBoothSport): If I didn't have so much value tied up in De Bruyne, I probably wouldn't own any Man City attacking assets at this point. When they hit, they're awesome, but they become inconsistent captain choices due to the threat of rotation. One important thing to note, however, is that with the return of Laporte, both he and Benjamin Mendy (£5.5m) become playable because the chance of clean sheets rises dramatically.