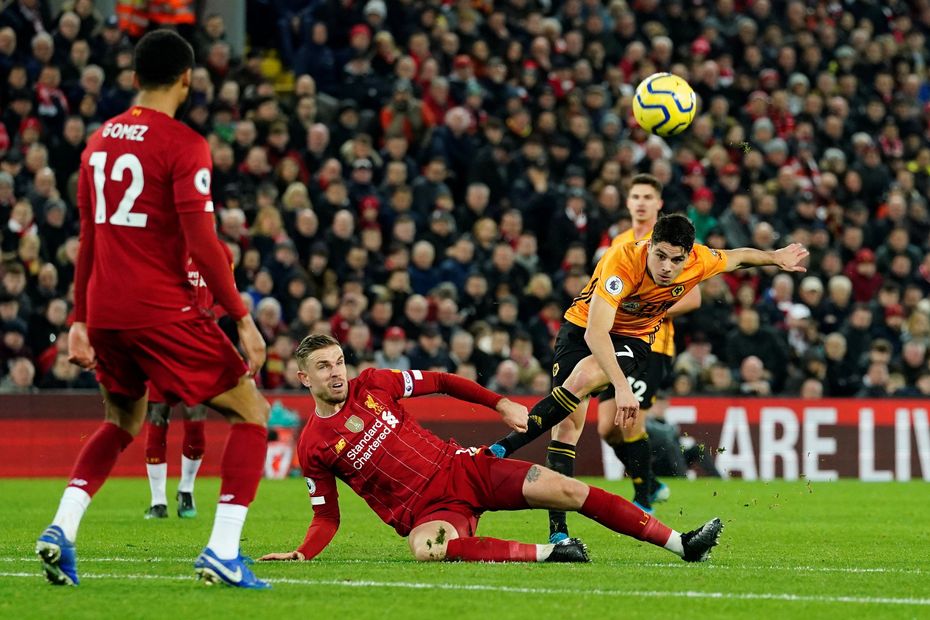 Adrian Clarke is looking at key tactical points ahead of Matchweek 24.

Plotting a way to keep Raul Jimenez and Adama Traore quiet will form an essential part of Liverpool's game plan for Thursday night's trip to Molineux.

But the league leaders should not underestimate the third player in Wolverhampton Wanderers' attacking unit.

Having replaced the injured Diogo Jota in the side, the forward signed from Lazio has made impressive contributions in both wide and central areas.

For Liverpool to maintain their unbeaten 12-month league record, they must pay close attention to the Portuguese youngster.

Neto has only made five Premier League starts for Nuno Espirito Santo's side but has made a positive impact each time.

He set up Matt Doherty for a goal with a terrific low cross on his full debut at home to Watford in September.

He found the net against Liverpool at Anfield on his second start, only to be denied by a marginal offside decision.

Since then, Neto has scored a long-range strike at Watford, forced Newcastle United goalkeeper Martin Dubravka into a world-class save and netted again in the 3-2 comeback victory at Southampton last weekend.

In the same match, Neto's defence-splitting pass helped Wolves earn a penalty with his side trailing 2-1.

Sandwiched between those outings he had another effort disallowed, this time against Manchester United in the FA Cup.

Equally comfortable using his left or right foot and cool inside the final third, Neto is displaying real promise.

Within Nuno's preferred 3-4-2-1 formation, Jota and Traore have generally been the two players operating behind Jimenez.

But when Jota returns from injury, as he could against Liverpool, he will have a fight on his hands to displace Neto.

He is quick when travelling with the ball, so is ideal for Wolves's counter-attacking style.

As the table above shows, Neto's creative output is better than Jota's.

Against Southampton he was excellent on the right, but equally effective when moving into a No 10 role behind Traore and Jimenez.

Neto is able to switch positions seamlessly to offer his head coach wonderful tactical variety, so it will be fascinating to see where he plays against Liverpool.

Despite his inexperience, Neto is a wild card who can hurt Jurgen Klopp's star-studded side.