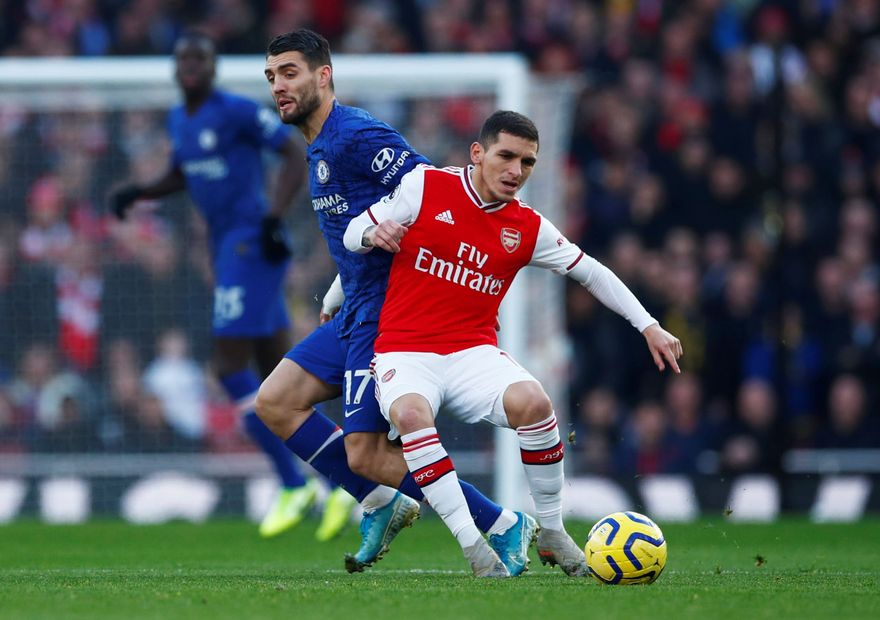 Adrian Clarke is looking at key tactical points ahead of Matchweek 24.

Chelsea will need to find a way to turn possession into goals when they host Arsenal in a London derby that could have huge ramifications in the race for the top four.

Frank Lampard likes his team to dominate the ball, so much so that they have had the majority of possession in all of their 23 matches this season.

This philosophy gives them the control that their head coach craves. But at home Chelsea have not always been able to convert their domination into goals or clear-cut chances.

Lacking a quality final ball and the sharp passing and movement required to create space, Chelsea take on average more passes per home goal than any other Premier League side.

Finding greater efficiency and end product inside the final third is high up on Chelsea's to-do list.

We know Mikel Arteta wants his team to press but Arsenal's best chance of success at Stamford Bridge might be a game plan that focuses on keeping a disciplined and compact shape.

From turnovers Arsenal have terrific pace and ball carriers in Nicolas Pepe and Gabriel Martinelli.

Making those forward bursts from a solid platform has worked well for visiting teams in this fixture.

Lampard transformed the reverse match last month when switching from a 3-4-2-1 to a 4-3-3 at Emirates Stadium.

It was a dramatic tactical shift that helped Chelsea gain control and inspire a comeback 2-1 victory.

The centre of midfield should once be a stronghold for Chelsea.

They will likely set up with Jorginho sitting between N'Golo Kante and one of Ross Barkley, Mason Mount or Mateo Kovacic. This means they are likely to outnumber Arsenal in this part of the field.

With Mesut Ozil operating just behind the main striker, it leaves only Lucas Torreira and Granit Xhaka in Arsenal's midfield, meaning Chelsea outnumbering their opponents 3v2 here could be commonplace on Tuesday night.

That concerning scenario for Arsenal could be worsened further by using Xhaka as a left-back of sorts when Arsenal have possession.

As shown by the image below of Arsenal's average positions against Sheffield United on Saturday, most passes made by Xhaka (No 34) were from that area, a move that allowed stand-in full-back Bukayo Saka (77) to push forward.

It worked well for them in an attacking capacity, but when possession is lost, it can leave Torreira (11) alone and exposed in big hole in the middle (the area highlighted).

Right full-back Ainsley Maitland-Niles (15) will be asked to shift across, but from fast transitions Chelsea will fancy their chances of hurting Arsenal down the centre.

Look out for forward runs from Chelsea's two box-to-box midfielders whenever possession changes.

Mount and Kante have made 60 key passes this season between them, scoring eight times, and Willian likes to drop inside to find space.

That combined threat of Chelsea's midfielders, plus the way Arsenal's central unit operates, has the potential to decide this London derby.