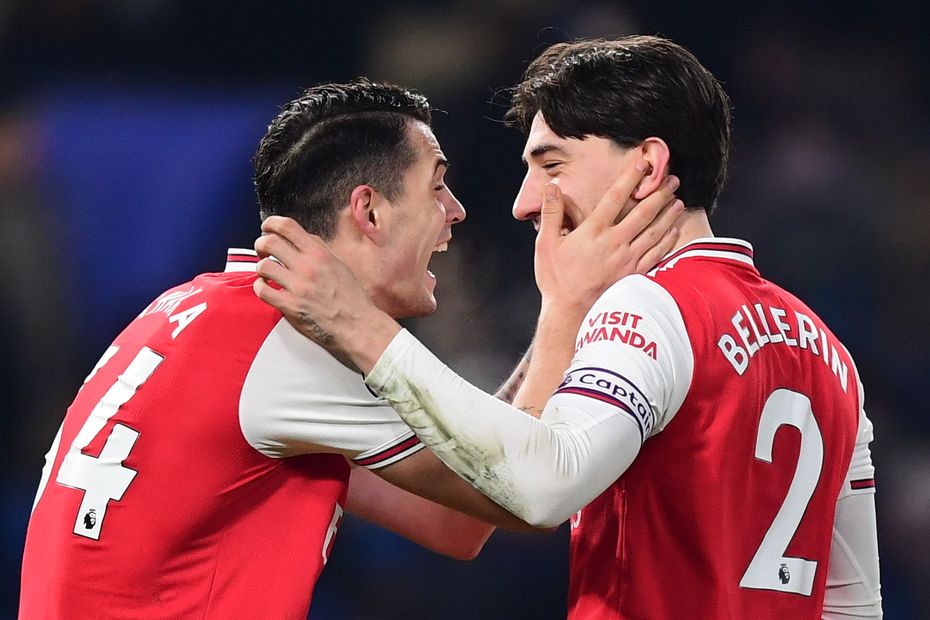 Arsenal's Shkodran Mustafi underhit a backpass on 28 minutes, allowing Tammy Abraham to dribble around Bernd Leno before being fouled by David Luiz.

The Brazilian was shown a straight red card and Jorginho rolled in the resulting penalty, but Arsenal were galvanised by falling behind.

After 63 minutes Gabriel Martinelli embarked on a run from inside his own half and took advantage of a slip by N'Golo Kante to race clear and slide a cool finish beyond Kepa Arrizabalaga.

Chelsea captain Cesar Azpilicueta looked to have won the match for Chelsea six minutes from the end when he tapped in from Callum Hudson-Odoi's cross.

But Gunners skipper Bellerin, on his first appearance since early December, earned his side a point with a curling left-footed shot in the 87th minute.

Chelsea stay fourth with 40 points, while Arsenal stay 10th on 30.