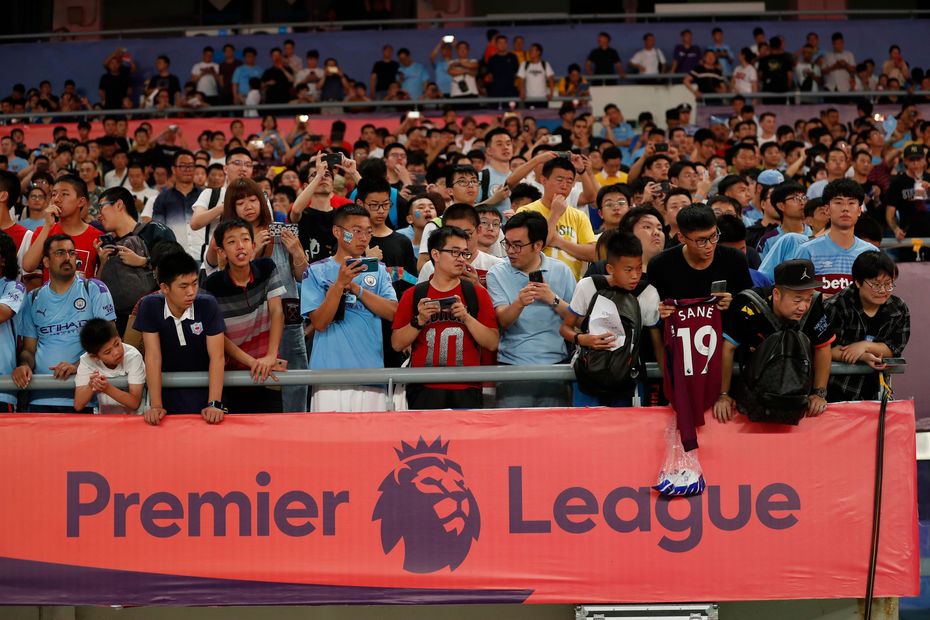 For the second consecutive year, the Premier League has been ranked the No 1 European league online in China.

The ranking comes in this year's Red Card report, published by digital sports agency Mailman, which uses eight performance indicators, including followers and engagement across different Chinese platforms, to determine the level of influence.

In addition to the success of the official app, which offers fans in China tailored and locally relevant content in Mandarin, the Premier League is the most-followed football league on Weibo and Toutiao, while becoming the first league to surpass 1million followers on Douyin.

China hosted the Premier League Asia Trophy in the summer, giving the Premier League's local digital team, which are managed by Red Lantern, the perfect opportunity to gather and publish locally relevant content via the Chinese mobile app and social media.

The Asia Trophy was a key milestone in terms of fan engagement, not just through the live matches but also the League’s localised digital and social channels. It also showcased the League's support for our Chinese broadcast licensee PP Sports in promoting the competition to the nation.

"To receive this Red Card award for the second year running is a great honour and testament to the Premier League and our clubs' loyal fanbase in China," Premier League Chief Executive Richard Masters said.

"We witnessed their passionate support during last year's successful Premier League Asia Trophy in Nanjing and Shanghai, something that has been reflected by the growing popularity of our digital coverage in the country.

"Through our dedicated content team, we have delivered innovative and compelling content across key platforms such as Douyin and Weibo, while the tournament itself also provided a valuable opportunity to offer promotional support for PP Sports, as we officially launched our broadcast partnership with them.

"We are committed to developing our digital presence in China and bringing the Premier League closer to millions of fans in the country."

The Asia Trophy also showcased the broader work the Premier League is doing in China to develop football at all levels in the nation.

The Premier League is a strategic partner of the Chinese Super League, providing support for youth, coaching and refereeing development as well as sharing knowledge and expertise through workshops and study visits.