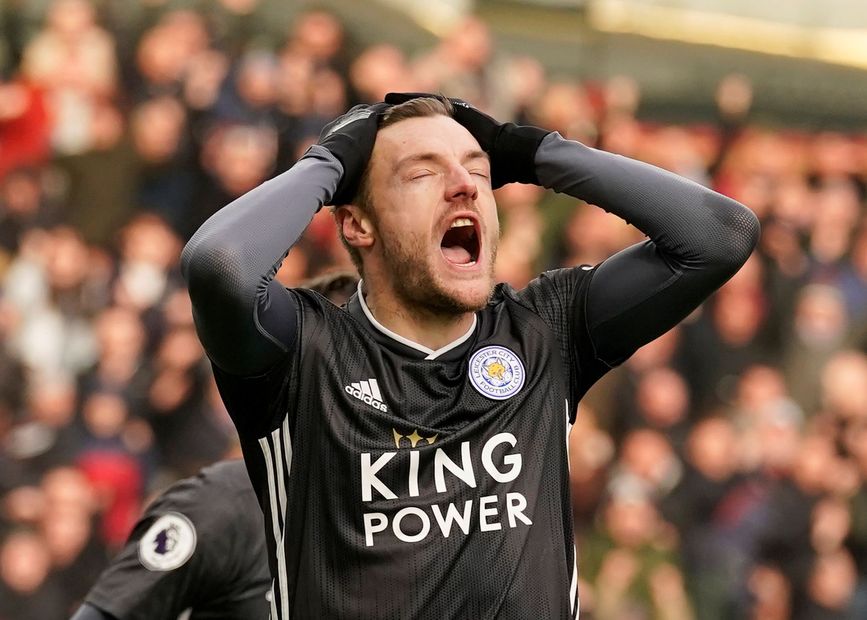 It proved to be a weekend of further disappointment for Fantasy Premier League managers as the second-most popular captain Jamie Vardy (£10.1m) failed to score for a third straight match in Leicester City's defeat at Burnley.

After leading choice Kevin De Bruyne (£10.7m) blanked on Saturday against Crystal Palace, Vardy's owners looked set to get some returns 24 hours later when the Foxes' striker stepped up to take a 68th-minute penalty at Turf Moor.

However, Burnley goalkeeper Nick Pope (£4.6m) saved the spot kick to leave Vardy, who was picked by only 1,000 fewer managers than De Bruyne, with zero points.

Ahead of Gameweek 23, leading FPL points-scorer De Bruyne had been the No 1 pick for the first time this season, ending a run of 10 successive Gameweeks in which Vardy had held that title.

But the closest the Belgian came to a goal or assist during Man City's 2-2 draw with Palace was an early free-kick that hit the crossbar.

It is the 11th time this season, and the fourth occasion in the last five Gameweeks, that the most-popular captain has failed to deliver an attacking return.

Sergio Aguero (£11.8m) was the second Man City player among the top three captains picked following his season-high haul of 20 points against Aston Villa last weekend. And the forward scored twice in the final 10 minutes to delight his backers.

The top 100 managers were in complete agreement with the masses on the armband and selected the same three players in the same order.

But, like De Bruyne, Ings was unable to maintain his points-scoring heroics, blanking in a 3-2 home defeat to Wolverhampton Wanderers.

His new owners should still be encouraged as six of Saints' next seven matches score only two in the Fixture Difficulty Ratings (FDR).

Aguero and team-mate Riyad Mahrez (£8.5m) were the second and third most-popular acquisitions for this Gameweek. There was disappointment for the 308,000+ FPL managers who transferred in Mahrez as he only appeared as a substitute in the closing stages for a single point.

Marcus Rashford (£9.1m) was the most-sold player having sustained a back injury during Manchester United's midweek FA Cup win over Wolverhampton Wanderers.

The 22-year-old missed Sunday's defeat at Liverpool and manager Ole Gunnar Solskjaer confirmed Rashford could be out for the "next few weeks".

Raul Jimenez (£7.5m) was third for transfers outs, after no attacking returns in three Gameweeks. But Jimenez punished his sellers, scoring two goals in Wolves' victory at Southampton.