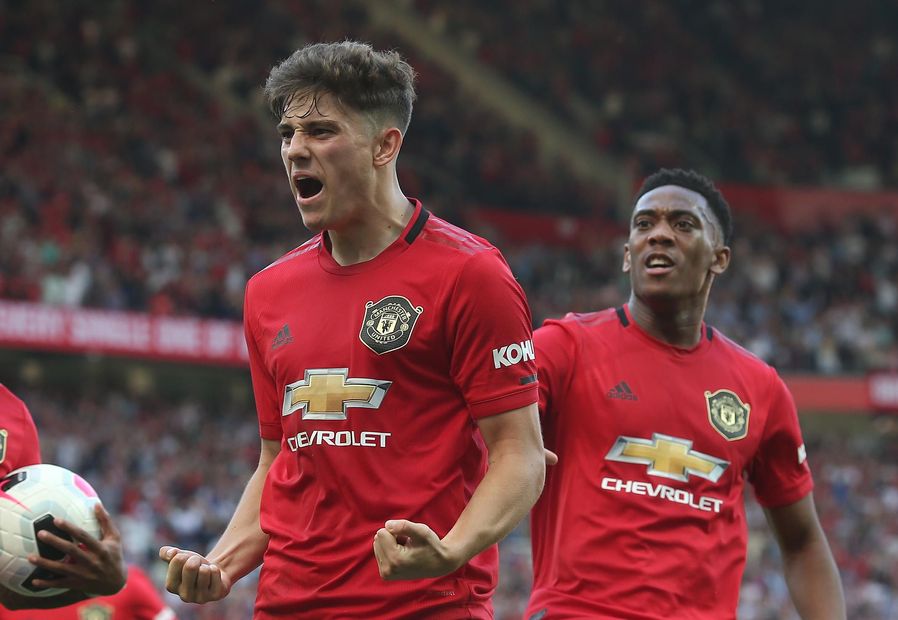 Ole Gunnar Solskjaer orchestrated one of the most successful tactical surprises of the season so far when his Manchester United side held leaders Liverpool to a 1-1 draw at Old Trafford in October.

Moving away from a 4-2-3-1 system for that one match, the Norwegian set his team up in an unusual 3-4-1-2 shape, using Marcus Rashford and Daniel James as split strikers.

It was a move that initially flummoxed their visitors, who needed a late strike from Adam Lallana to rescue a point.

That remains the only Premier League match Liverpool have failed to win this term. So what will Solskjaer have up his sleeve for Sunday's return fixture at Anfield?

Sprinting down the sides

Deploying two wide frontmen with no central pivot is a tactic Man Utd had previously used in 2018/19, but this term Solskjaer has only chosen that strategy against Liverpool.

Out of possession, James and Rashford blocked off passes to the Reds' full-backs, letting the two centre-backs have the ball.

That forced Jurgen Klopp's men down the middle, and United were aggressive in the middle third, looking to break up play in congested areas.

The plan was to spring turnovers that stretched the leaders down the channels, and this exact scenario created their opening goal.

Victor Lindelof challenged Divock Origi forcefully just inside United's half, and Scott McTominay picked up the loose ball before feeding James with a pass in behind left-back Andrew Robertson.

With Liverpool's back four stretched, James picked out Rashford inside the box to score.

Rashford is an injury doubt this weekend but, irrespective of his availability or the formation Solskjaer chooses, Man Utd will surely look to use similar tactics on Merseyside.

They have the players to hurt any team in this manner, and it makes sense to again use their speed to find space in behind Liverpool's adventurous full-backs.

Like at Old Trafford, United will likely focus on the wide areas when attacking. After all, 84.5 per cent of their assaults in the reverse fixture came down the flanks.

This is a clever way of circumnavigating the towering influence of Virgil van Dijk, and may act as a deterrent when Trent Alexander-Arnold or Robertson want to push forward.

Unless he places his trust in Phil Jones, it is hard to envisage Solskjaer selecting a three-man defence again against Liverpool.

He could opt for a 4-4-2 diamond with split strikers, but playing in that narrow shape risks freeing up too much space for Liverpool's rampaging full-backs.

A 4-3-3 or 4-2-3-1 set-up is more likely, with Anthony Martial dropping in to play as a "false nine" of sorts, flanked by two of Rashford, James and Mason Greenwood, depending on the former's fitness.

United will be direct. Over 20 per cent of their passes were classed as "long" the last time they met Liverpool, and 83 per cent of David De Gea's passes were in that category.

The Spaniard's season average is just 38.4 per cent.

Solskjaer's side may lack natural creativity but they are blessed with clinical finishers.

While Liverpool have kept six clean sheets in a row, they do offer up chances on home turf, as recent visitors Wolverhampton Wanderers and Watford will testify.

Between them, Liverpool's frontmen have scored just two more goals than their Man Utd counterparts and have not been as clinical.

Interestingly, fringe players Greenwood and Divock Origi have been the most lethal finishers for their clubs, finding the net with more than 30 per cent of their efforts.

These two could have a part to play on Sunday.

Unbeaten Liverpool are strong favourites. But, having proved they can make life difficult for the leaders already this term, Man Utd should not be written off.