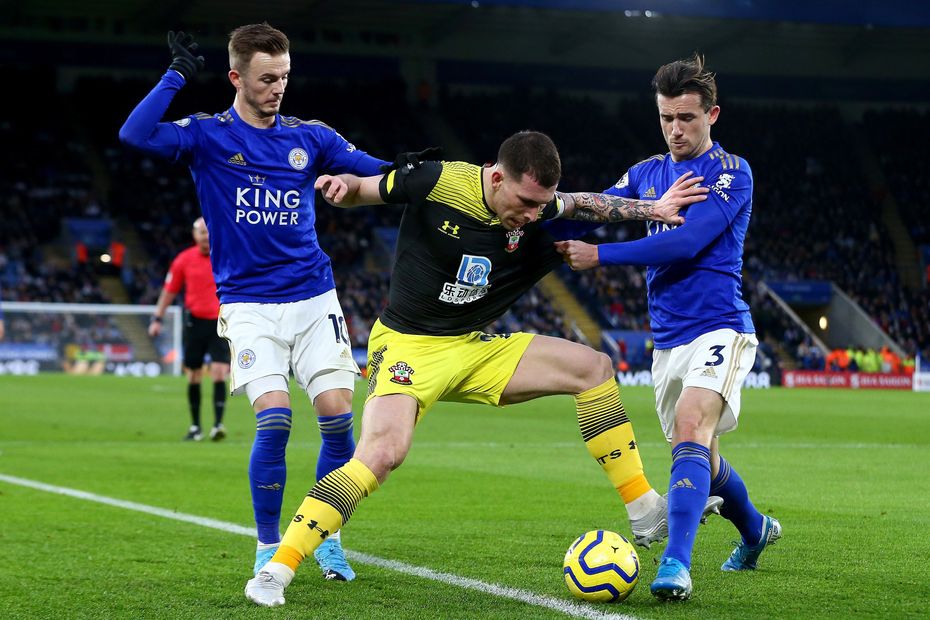 Sitting pretty in the top three, six points clear of Chelsea, Leicester City are enjoying an outstanding campaign. But they have lost their rhythm lately, taking seven points from a possible 18.

Injuries to key players and fatigue appear to have caught up with them over the busy winter schedule, resulting in a dip in form.

Brendan Rodgers has also started to tinker with the set-up of his side.

But across the last six Premier League matches, Rodgers has introduced more variety.

It could be argued that player rotation, in addition to the tactical changes, has had an adverse effect on the flowing football Leicester had previously produced.

Although they reverted to their familiar 4-1-4-1 system in the defeats to Manchester City, Liverpool and Southampton, there appeared to be less confidence and fluidity in their performances.

Leicester have developed into an outstanding pressing outfit under Rodgers, defending with intensity from front to back.

It is a style that helped earn them the best defensive record in the division before Christmas, as they conceded only 10 goals in their first 16 matches.

But across their last six Premier League encounters, they have let in 11 goals.

While there has been no drop in the work-rate in defence, the midfield and attacking units have not defended with as much unity as before.

The back four have dropped deeper and gaps have started to appear between the lines.

This has left their rearguard vulnerable to through-balls and opposition forwards running at them.

Leicester are also missing Wilfred Ndidi, who was injured in training last week and will again be sorely missed at Burnley on Sunday.

The defensive midfielder has been exceptional this term, providing protection and assurance to the players around him.

Burnley manager Sean Dyche will look to capitalise on his absence, and will doubtless have identified Caglar Soyuncu and Ben Chilwell as two weak links to target.

Chilwell, in particular, has struggled lately at left-back.

Opponents have targeted his flank, and a flurry of recent goals conceded have stemmed from shots or crosses that the full-back might have been expected to deal with.

Leicester are certainly more open than they have been at any stage of the season so far, as the table below shows.

Six of the eight fixtures where they have conceded the most shots this season have been in the last seven Matchweeks.

Most shots conceded by Leicester

Despite a run of poor form, Burnley will fancy their chances of creating opportunities at Turf Moor, provided they adopt a more attack-minded approach.

Rodgers, though, will view this fixture as a chance to rediscover the identity that made his team such a formidable force during the opening four months of the season.