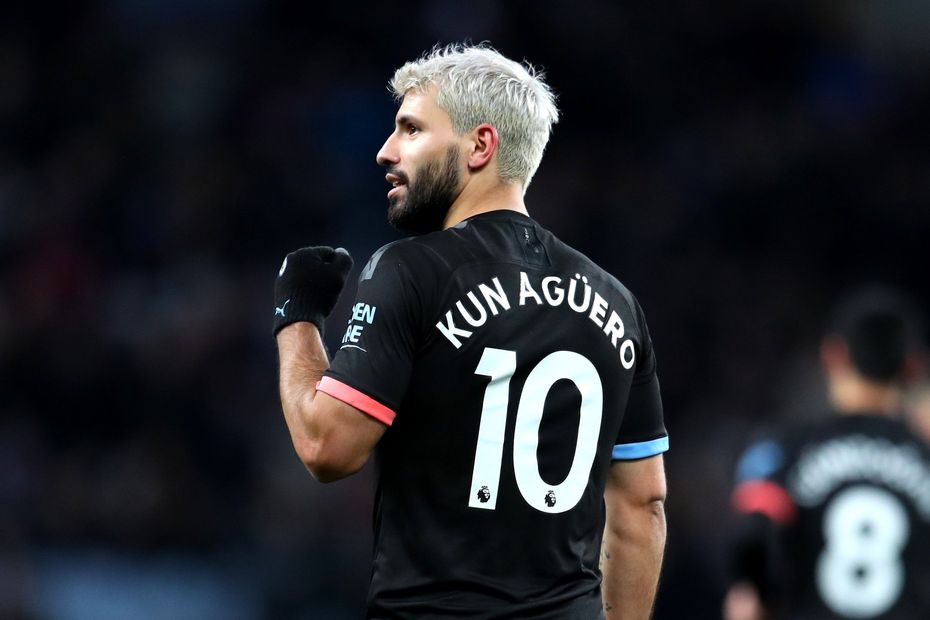 After Sergio Aguero beat his hat-trick record and became the highest-scoring overseas player in Premier League history, Alan Shearer says the Manchester City star remains the best striker in the competition “by a mile”.

Aguero’s three goals in the 6-1 victory at Aston Villa made up his 12th Premier League hat-trick, taking him past Shearer.

It also took his overall goal tally to 177, surpassing Thierry Henry as the highest-scoring foreign player, while moving joint-fourth with Frank Lampard in the all-time scorers’ chart.

"He is still the best striker in the Premier League by a mile,” says Shearer, who names Aguero in his Matchweek 22 team of the week.

🙋‍♂️@alanshearer has selected his Team of the Week! 🙋‍♂️

Two stunning saves crowned another brilliant display that helped his side hold out for a valuable point.

Linked up superbly with Callum Hudson-Odoi on the right, delivering a series of fine crosses, including the one for Tammy Abraham’s goal.

It was a baptism of fire for the Spurs debutant but he impressed by keeping Sadio Mane quiet and showed his versatility when switched to left-back in the second half.

The future looks bright for this Academy graduate, who produced an assist, a clean sheet and almost a goal against Norwich City.

The in-form winger was clinical again, scoring twice and producing an assist in a devastating defeat of Villa.

The influential midfielder gave a tireless display with his pressing and was deserving of his second goal in as many matches.

Was superb in the Southampton midfield, throwing himself into tackles, showing great positional awareness and linking play with his measured passing.

Scored a brilliant goal and was excellent at both ends of the pitch, demanding the ball, taking players on and showing great diligence in getting back to defend.

Showed great footwork to score the only goal and was outstanding throughout with his link-up play.

I’m running out of superlatives to describe Aguero. Lethal, clinical, consistently exceptional. He’s the best foreign import we’ve seen and is still the best striker in the Premier League by a mile.

Another standout display from a striker who has turned into a real leader for Man Utd. Scored twice and looked a threat whenever he had the ball.

Southampton totally outplayed a very good Leicester City side to avenge their 9-0 defeat at St Mary’s.