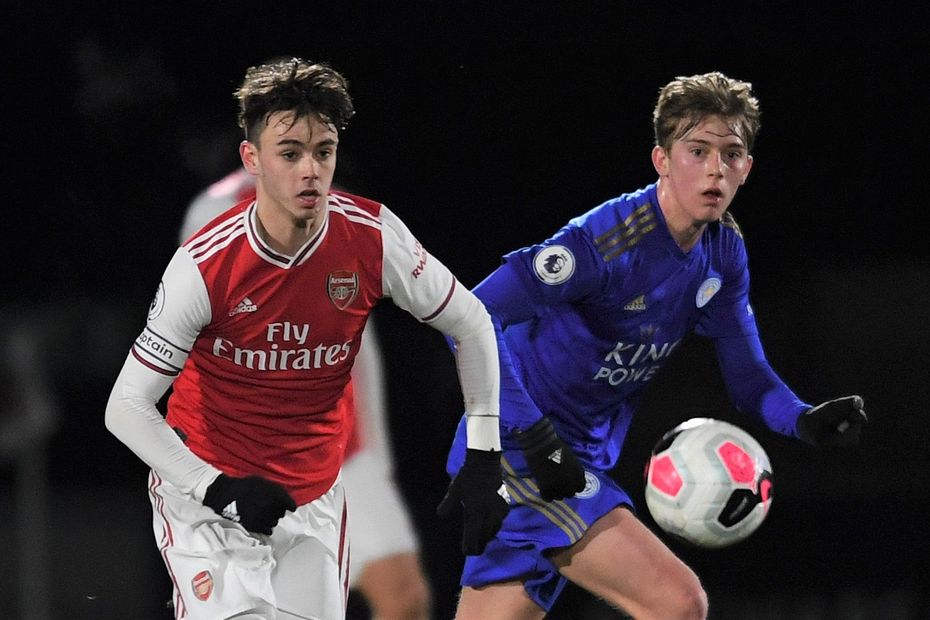 Arsenal secured their place in the knockout stage of the Premier League International Cup with a 3-0 home win over Leicester City in Group A.

Robbie Burton, pictured left, opened the scoring for the Gunners on 25 minutes at Meadow Park, converting his penalty after Nathan Tormey was brought down by Viktor Johansson.

Folarin Balogun doubled the lead just before the hour-mark with a fine half-volley from the edge of the box, and James Olayinka completed the scoring on 76 minutes.

Leicester right-back Mitchell Clark was shown a straight red in stoppage time after bringing down Balogun as the last man.

Arsenal progress as group winners after three wins from three.

Leicester lie third with three points, level with second-placed Dinamo Zagreb, whom they face on 27 January in their final match.

The Foxes still have an outside chance of qualifying as one of the two best runners-up.