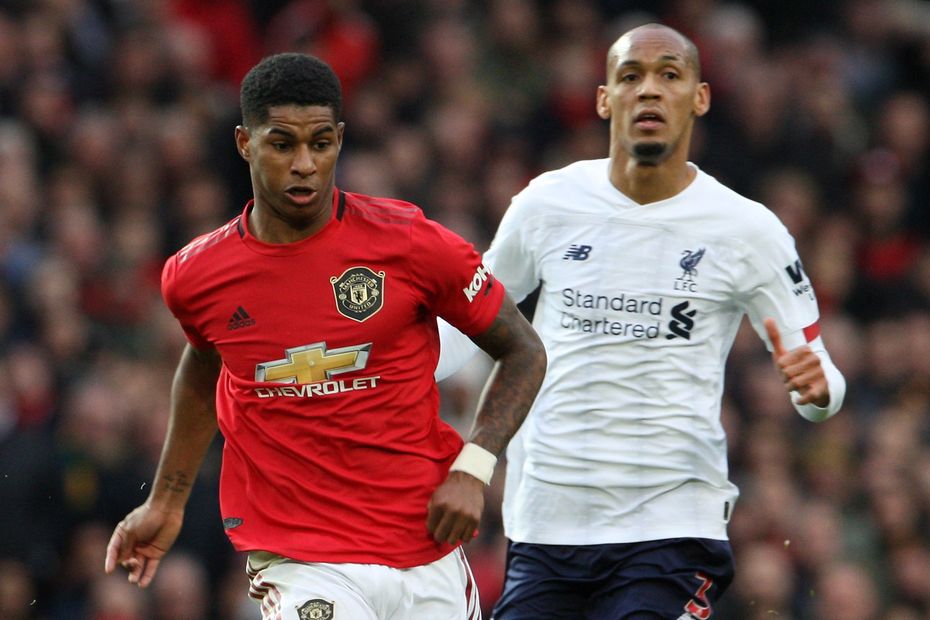 Leaders Liverpool are aiming to extend their 12-match winning run and defeat a Manchester United side who are the only team to take points off them this season.

Man Utd are seeking a fourth win in five matches as they attempt to close the gap to Chelsea.

Liverpool's Fabinho (ankle) and Joel Matip (knee) have successfully come through training this week and could be on course for a first-team return.

However the Reds are still unable to call on Naby Keita (groin), Dejan Lovren and James Milner (both muscle).

Marcus Rashford is being monitored by the Man Utd medical team after he was injured against Wolverhampton Wanderers in midweek. Luke Shaw (hamstring) is also a doubt, but Eric Bailly could feature if he has no reaction after playing in a behind-closed-doors match.

Liverpool will host Man Utd for a league match starting the day top of the table for the first time since September 1990, when they won 4-0 under Kenny Dalglish.

The Reds are unbeaten in 38 Premier League matches, the third-longest such run in the competition’s history. The two longer streaks, Arsenal's 49-match record and Chelsea's 40-match sequence, were both ended by Man Utd, albeit at Old Trafford.

Since losing both league matches to Liverpool in 2013/14, Man Utd have lost just one of their last 11 Premier League encounters against the Reds (W5 D5).

No player has scored the opening goal in more Premier League matches this season than Marcus Rashford, with six. The Man Utd forward has also scored what proved to be the winning goal five times this term, with only Mohamed Salah netting more winners, with six.