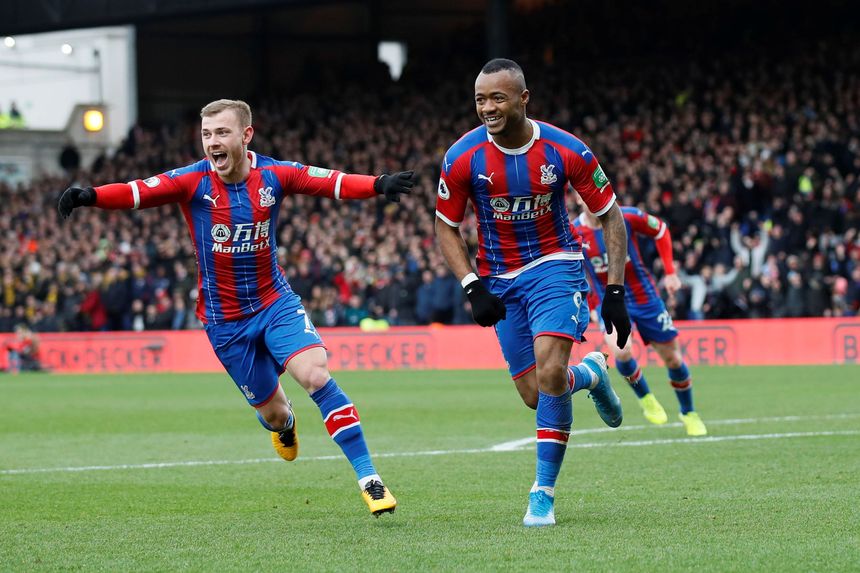 An 18-pass move culminated in Alexandre Lacazette sliding in Aubameyang to finish into the bottom corner to put Arsenal in front after 12 minutes.

But Ayew equalised in the 54th minute, his deflected effort looping beyond Bernd Leno.

Aubameyang was initially shown a yellow card for a dangerous tackle on Max Meyer, which was upgraded to a red after consultation with the VAR.

Vicente Guaita's fingertip save pushed Nicolas Pepe's shot on to a post late on as neither side could find a winner.

Palace stay ninth with 29 points, a place and a point ahead of Arsenal.