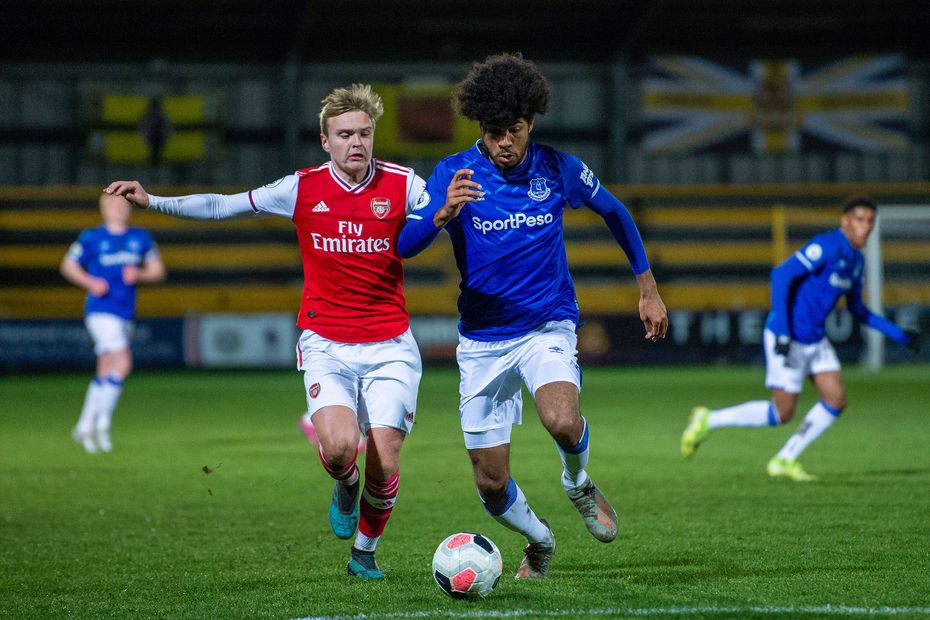 A brace from Ellis Simms helped Everton to an entertaining 3-3 draw with Arsenal in Premier League 2 Division 1.

Joseph Olowu's opener on 17 minutes put Arsenal ahead at the Pure Stadium, but two goals in three minutes from Simms (pictured) gave Everton the lead.

Just before the break, James Olayinka slotted past Joao Virginia, the former Arsenal goalkeeper, to level the scores.

The Blues went back in front on 74 minutes when Lewis Gibson headed in Antony Evans's cross, but Matthew Smith struck for the Gunners with 12 minutes remaining to make it 3-3.

Tolaji Bola was dismissed for Arsenal in stoppage time, but neither side could find a winner.

The north Londoners stay fourth on 25 points, while Everton have slipped to seventh on 18.