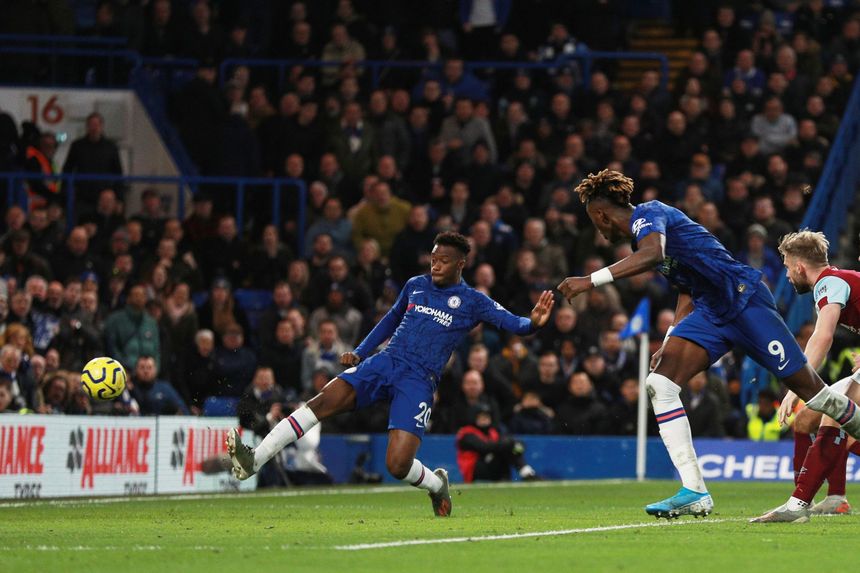 Jeff Hendrick thought he had put Burnley ahead in the 19th minute, but his header was overturned for offside after consultation with the VAR.

Jorginho made it 1-0 to Chelsea on 27 minutes, converting a penalty after Matthew Lowton had fouled Willian.

Frank Lampard's side doubled their lead on 38 minutes, as Tammy Abraham headed in a cross from Reece James for his 13th Premier League goal of the season.

Hudson-Odoi added his name to the scoresheet four minutes after the restart, converting Cesar Azpilicueta's cross.