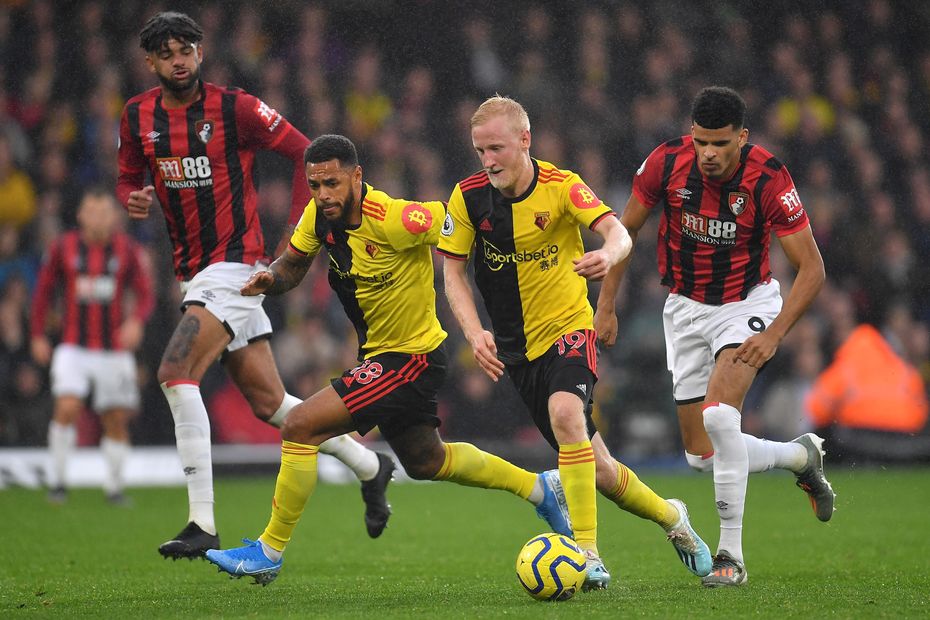 A big one on Sunday External Link

Two of the Premier League's bottom three teams meet at Vitality Stadium in contrasting form in the fight to avoid relegation.

AFC Bournemouth are one point above their visitors but have lost three of their last four matches. In the same time Sunday's opponents Watford have won three and drawn one.

AFC Bournemouth will make a late decision on the fitness of a couple of players who "are getting really close" to returning from injury, confirms Eddie Howe.

Howe also says there is no change in terms of availability of the Cherries' long-term absentees.

Watford have Nathaniel Chalobah and Craig Cathcart (both knocks) available for selection, but Will Hughes (knock) is a doubt and Christian Kabasele is suspended.

Danny Welbeck (hamstring) has returned to training but is being eased back in after a lengthy absence, while Sunday's match comes too soon for Kiko Femenia (hamstring).

Seven of the nine Premier League meetings between these sides have finished level. That ratio of 78 per cent is the highest of any fixture to be played more than twice.

AFC Bournemouth will start a Premier League match in the relegation zone for the first time since December 2017, when they were 18th and beat Everton 2-1 at Vitality Stadium.

Watford have played more away Premier League matches without defeat against AFC Bournemouth than they have versus any other side (W1 D3).

Nigel Pearson has won 32 points from his last 14 Premier League matches with Watford and former side Leicester combined (W10 D2 L2). Among current managers, only Jurgen Klopp, with 40, has won more in their last 14 fixtures.