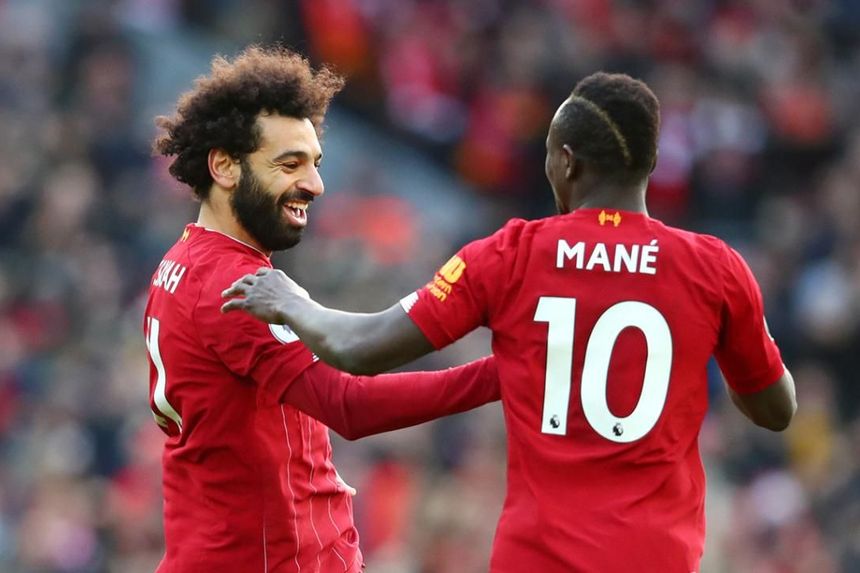 Over 265,000 managers in Fantasy Premier League have already played their second Wildcard of the season after the chip became available from 11:30 GMT on 28 December.

Any manager contemplating their Wildcard must consider the first Double Gameweek of the campaign when assembling a new squad.

Both Liverpool and West Ham United play twice in Gameweek 24, with Sadio Mane and Mohamed Salah (both £12.3m) likely to be hugely popular captaincy options.

Fitting three of those players into a squad is easier said than done, given their price tags. But it is possible to achieve the triple-up within a balanced line-up by making the most of the value on offer at other clubs.

The Scout shows how to pick a 15-man squad including Alexander-Arnold, Mane and Salah for a total spend of £99.8m.

West Ham United’s No 1 has 14 points in his two appearances since returning from injury. Fabianski has averaged 5.1 points per match this season, more than any regular goalkeeper, and could be the Hammers’ standout option for Double Gameweek 24.

West Ham’s back-up goalkeeper can prove a handy deputy for Fabianski should he need to provide cover off the bench.

The top-value player in FPL, he has returned 19.2 points per million thanks to his role in midfield for Sheffield United. Lundstram has an appealing run of opponents, with six of his next eight matches scoring just two in the FDR.

Owned by 19.4 per cent of managers, the Turk is the most popular player in a Leicester City defence that has a league-leading eight clean sheets.

The Brighton & Hove Albion centre-back offers the prospect of both attacking and defensive points, as well as bonus points. Dunk's next eight matches score no more than three in the FDR.

With an ownership of only 0.7 per cent, the Everton defender is a cut-price differential under new manager Carlo Ancelotti. Holgate’s next four matches score just two in the FDR.

The Egyptian has stepped up his output recently, with three of his five double-figure hauls coming in his last five matches. Over his last four outings, Salah’s 18 shots and 15 shots in the box are both league-leading totals.

The winger has been Liverpool's most consistent attacker, providing a goal or an assist in nine of his last 10 appearances. Mane’s average of 7.4 points per match is more than any other midfielder in FPL.

Six goals and six assists have made the Aston Villa playmaker the seventh highest-scoring FPL midfielder and he will face two of the bottom three sides in the next four Gameweeks.

The Wolverhampton Wanderers winger has produced double-figure hauls against Tottenham Hotspur and Manchester City in his last four starts. Traore faces Newcastle United and Southampton in his next two Gameweeks.

Six goals and two assists for Norwich City make him the ideal fifth midfielder in FPL. Owners should consider starting Cantwell in his matches at Carrow Road, rather than putting him on the bench. Only Salah and Mane have scored more home goals from midfield this season.

FPL’s top-scoring player is expected to recover from a calf problem for a Gameweek 22 home encounter with Southampton. Vardy recorded his season-high haul of 20 points in a 9-0 win over Saints in Gameweek 10.

The Southampton forward is enjoying his most prolific FPL campaign, with 13 goals and an assist. His low cost of £6.7m and fixture-proof record makes Ings a must-have for managers on a Wildcard.

The Toffees striker has provided three goals and 20 points in three matches under Ancelotti. An ownership of 4.7 per cent could appeal to those in search of a differential for their frontlines.