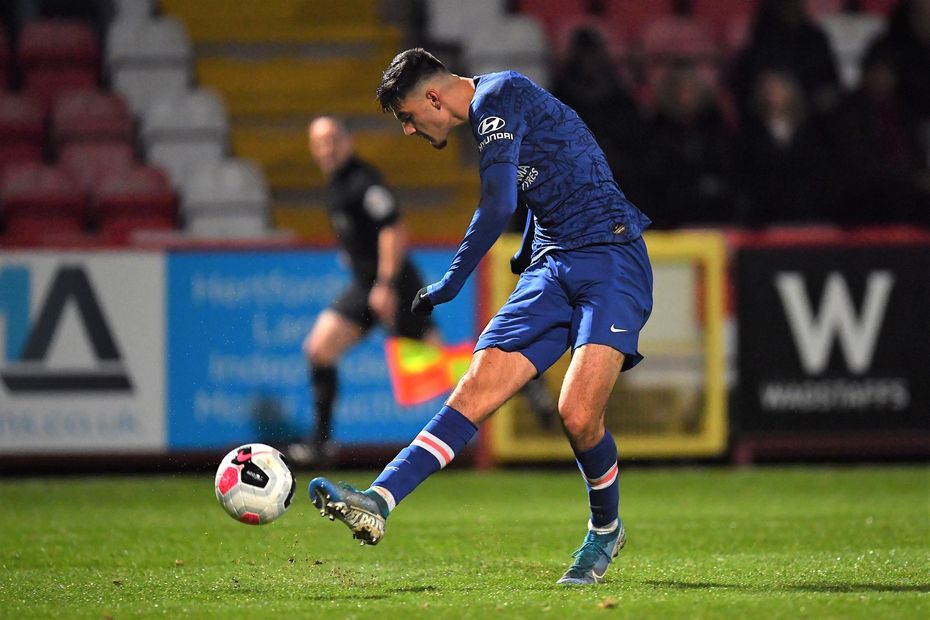 Armando Broja struck late on as Chelsea triumphed 1-0 at Tottenham Hotspur and returned to the top of Premier League 2 Division 1.

Tashan Oakley-Boothe shot narrowly wide for Spurs early on before Chelsea captain Marc Guehi had an effort cleared off the line.

Broja provided the decisive moment with just eight minutes left, latching on to Jonathan Russell's pass and firing into the roof of the net.

Chelsea remain unbeaten this season and have moved a point ahead of second-placed Derby County with a match in hand.

Spurs drop to seventh after a second successive defeat, 10 points behind Chelsea.