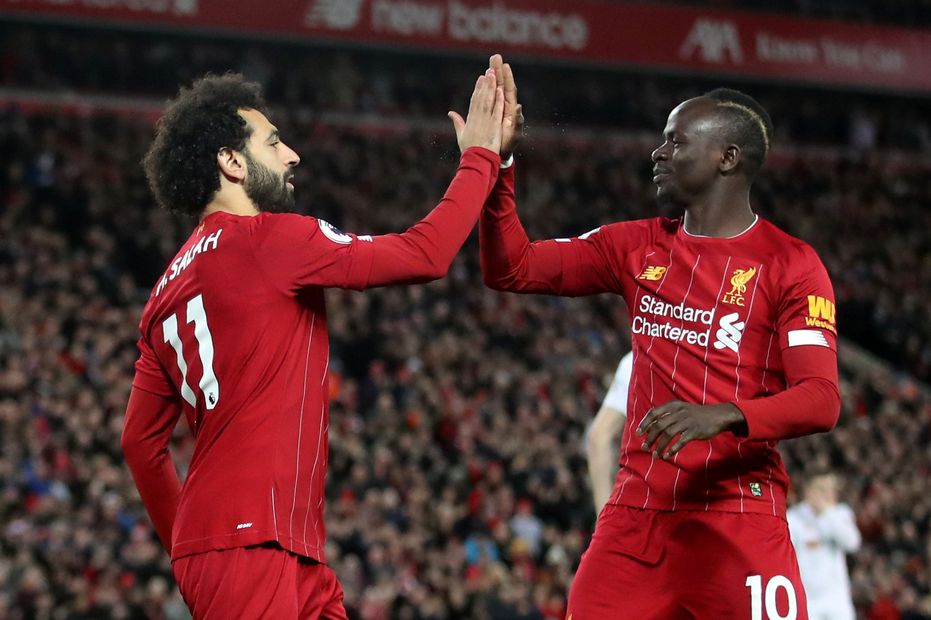 Goals from Mohamed Salah and Sadio Mane helped Liverpool beat Sheffield United 2-0 at Anfield to restore their 13-point lead over Leicester City at the top of the Premier League.

Liverpool took the lead after four minutes when Andrew Robertson capitalised on a slip from George Baldock to cross for Salah, who shot underneath Dean Henderson.

The Egyptian was denied twice by Henderson before half-time with Liverpool firmly in control.

Salah hit the post early in the second half before Mane made it 2-0 in the 64th minute.

Mane played a one-two with Salah before being denied by Henderson, but he scored at the second attempt into the roof of an empty net.