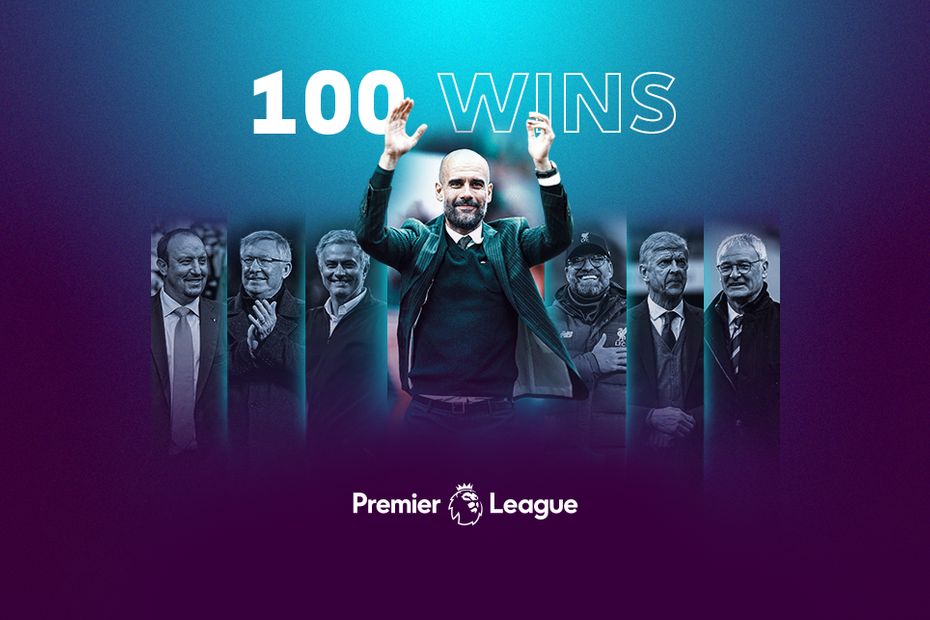 Guardiola: Milestone win a collective achievement External Link
Aguero leads attack in Shearer's Team of the Decade
What we learned in Matchweek 20

Pep Guardiola has made Premier League history after his Manchester City team earned a 2-0 victory over Sheffield United on Sunday.

The win against the Blades was Guardiola's 100th in the competition and it came at an unprecedented pace.

It took him only 134 matches to reach a century of victories, smashing the record previously held by Jose Mourinho.

In fact, the three fastest centurions are all current Premier League managers.

Jurgen Klopp earned his 100th win with Liverpool in the 5-2 Merseyside derby triumph over Everton earlier this month, in his 159th PL fixture.