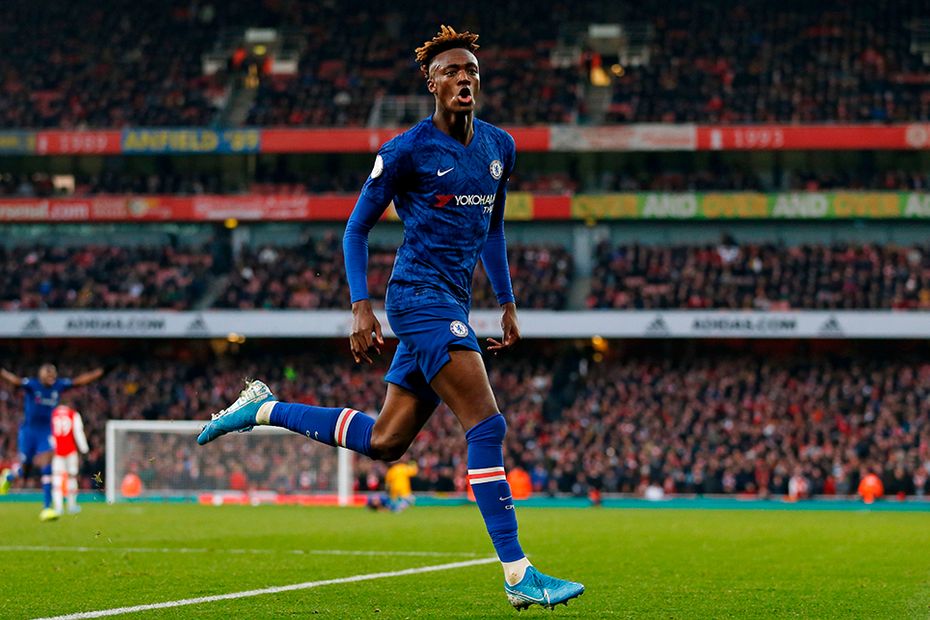 Two late goals in the space of four minutes gave Chelsea a 2-1 comeback victory at Arsenal in Mikel Arteta's first home match in charge of the Gunners.

Arsenal captain Pierre-Emerick Aubameyang gave the hosts a 13th-minute lead when he headed in after Calum Chambers had flicked on Mesut Ozil's corner.

Substitute Joe Willock fired just wide after being set up by Aubameyang before Jorginho equalised from close range on 83 minutes after goalkeeper Bernd Leno missed the ball as he attempted to punch clear Willian's free-kick.

Chelsea went ahead on 87 minutes, Willian breaking into the box and cutting the ball back for Tammy Abraham to fire the ball under Leno.

Victory keeps Chelsea fourth on 35 points while Arsenal drop to 12th on 24 points.