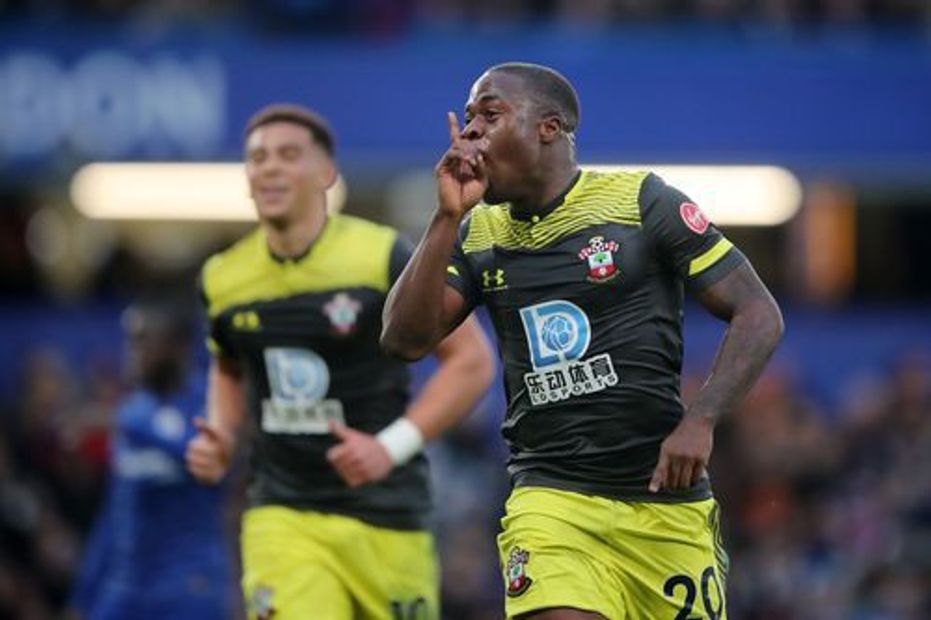 Goals in either half from Michael Obafemi and Nathan Redmond gave Southampton a 2-0 win against Chelsea at Stamford Bridge.

Obafemi opened the scoring on 31 minutes when he curled in his first goal of the season from the edge of the area following Pierre-Emile Hojbjerg's fine pass.

Chelsea came close when half-time substitute Mason Mount found Tammy Abraham inside the area, only for the Chelsea forward to shoot wide.

But Southampton scored again on 73 minutes when substitute Danny Ings picked out Redmond and he kept his composure to lift the ball over Kepa Arrizabalaga.

Southampton's sixth win of the season lifts them up to 14th place.