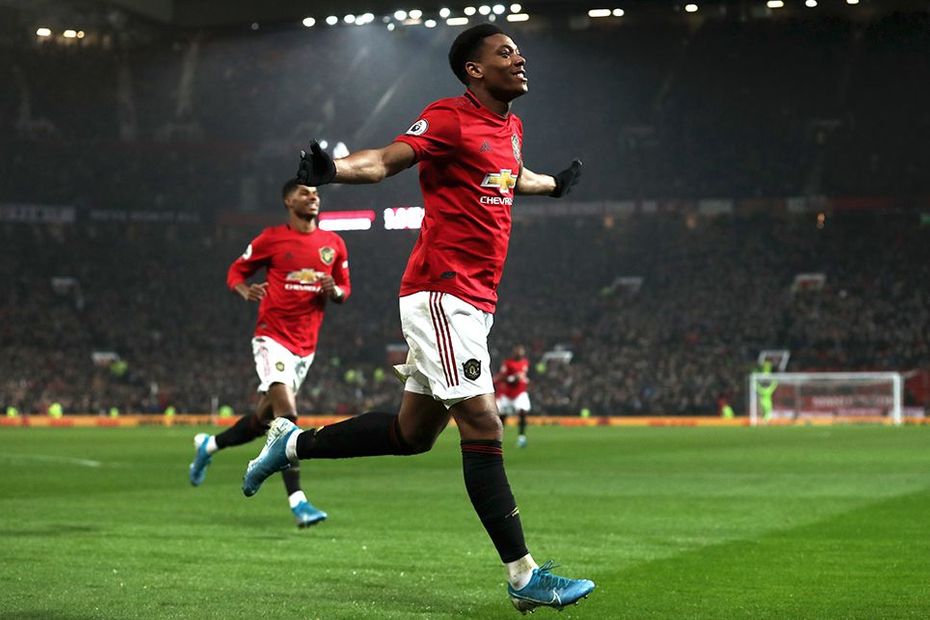 Owen: This Man Utd front three is the future

Anthony Martial scored twice as a rampant Manchester United completed a 4-1 comeback victory against Newcastle United to climb up to seventh place.

Matty Longstaff put Newcastle in front after 17 minutes, firing into the bottom-left corner for his second goal against Man Utd this season.

Martial equalised midway through the first half, beating Martin Dubravka with a powerful strike.

Following a mistake by Fabian Schar, Mason Greenwood put Man Utd in front 12 minutes later with a thunderous effort in off the bar before Marcus Rashford headed in United's third on 41 minutes.

Martial made it 4-1 six minutes into the second half, capitalising on Sean Longstaff's underhit back-pass before being denied a first Premier League hat-trick by the post.

Man Utd have 28 points, three ahead of 10th-placed Newcastle.