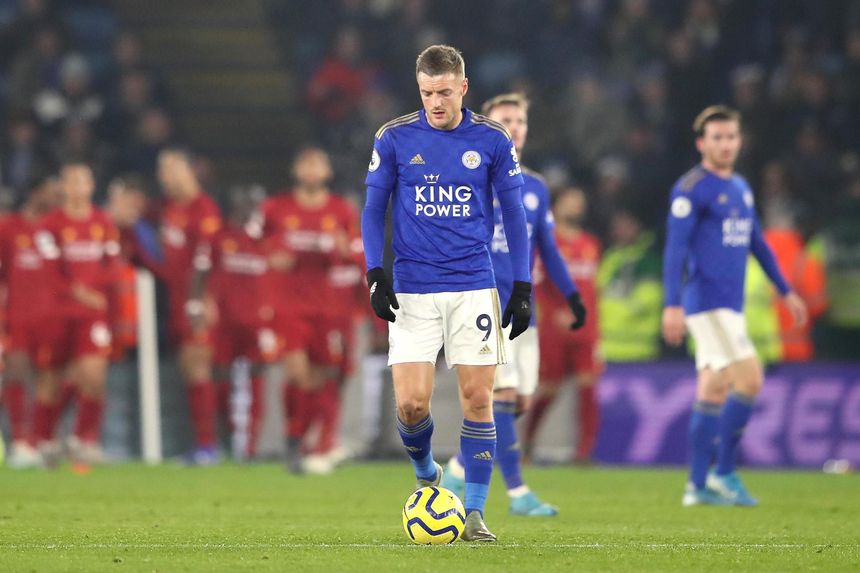 For the first time this season Jamie Vardy (£10.1m) failed to reward the Fantasy Premier League managers who made him the most popular captain pick.

The Leicester City forward was the most-selected captain for the seventh successive Gameweek but produced only two points in a 4-0 home loss to Liverpool.

Kevin De Bruyne (£10.4m) is the second most-backed armband pick. Over 810,000 FPL managers have entrusted the Belgian with the armband for his trip to Wolverhampton Wanderers.

He has thrived in an advanced role for Manchester City, providing two goals and two assists in the last two Gameweeks.

Harry Kane (£11.0m) completes the top three most-popular captains and rewarded his backers with a goal against Brighton & Hove Albion in the Gameweek's opening fixture.

The faith in De Bruyne and Kane has been shared by the top 100 FPL managers. However, Tammy Abraham (£7.9m) replaces Vardy among the top three.

The Chelsea forward's backers were left frustrated, though, as he blanked for the fourth Gameweek in a row as Southampton won 2-0 at Stamford Bridge.

For the second week in a row, De Bruyne is the most-signed player in FPL. The Belgium international has provided four goals and 44 points in his last six matches.

And the Aston Villa midfielder obliged, producing an assist and a clean sheet against the Canaries.

And, like Kane, he justified that trust by scoring against Brighton, hitting the winner in the 2-1 home victory.

It is no surprise that Son Heung-min (£9.9m) was the most-sold player following his sending-off against Chelsea.

After fracturing his ankle against Southampton, John McGinn (£5.6m) faces an extended period on the sidelines and has been transferred out by 184,000+ FPL managers.

The midfielder is without a goal or assist since Gameweek 12 and has been benched in both of Chelsea's last two matches, playing only 23 minutes in Gameweek 19.