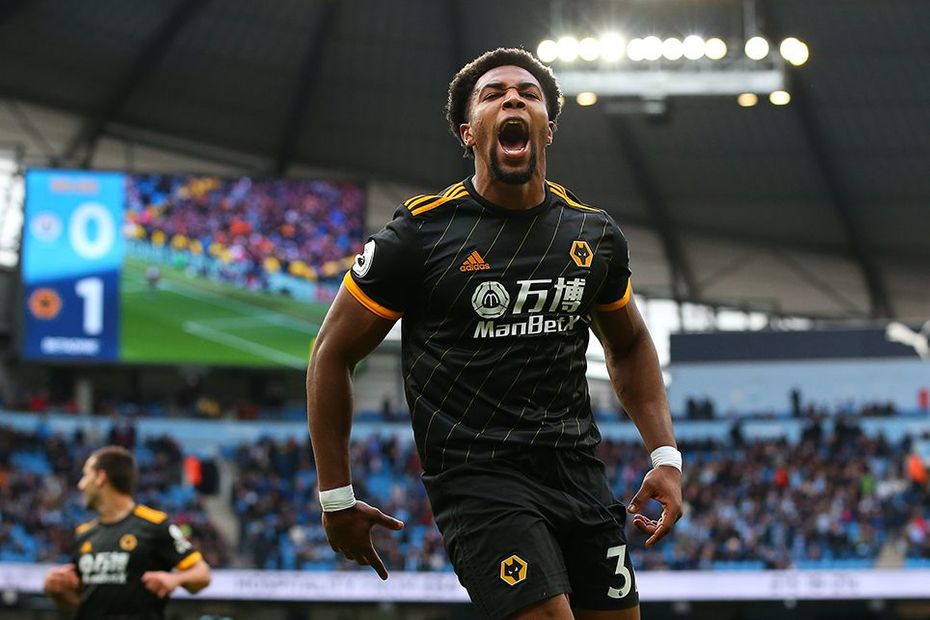 Adrian Clarke is looking at key tactical talking points ahead of Matchweek 19.

If Manchester City are to avoid losing both home and away to Wolverhampton Wanderers this season, Pep Guardiola must work out a way to nullify Adama Traore on Friday.

In early October the speedy winger destroyed the champions on the counter-attack, scoring both goals in a famous 2-0 win.

Since then the 23-year-old has been pushed up from wing-back to an attacking midfield role, and it is a switch that has improved the team's offensive threat.

Traore is performing so well that the outcome of this encounter could be dependent on how well Man City left-back Benjamin Mendy copes with the Spaniard's driving runs.

Wolves have plenty of quality down their left flank but Guardiola knows how much their head coach Nuno Espirito Santo relies on frequent raids down the other side.

No other Premier League side produces a greater percentage of attacks from the right than Wolves' 43 per cent.

And from positions inside the final third they put a stream of crosses into the danger zone via Traore and Matt Doherty.

Given he is ranked third in the division for open-play crosses, behind Trent Alexander-Arnold and Kevin De Bruyne, any doubts over Traore's end product have dissipated.

The Traore/Doherty combination has supplied 65 more crosses from open play than Diogo Jota and Jonny.

However, it is worth noting that the latter pair have conjured up one extra key pass in 2019/20, highlighting the threat they also pose.

Crest of a wave

Traore used to be simply a speed merchant who too often frustrated Wolves fans, but in recent weeks the winger has altered perceptions.

Channelling his best qualities more efficiently, and working very well in tandem with the impressive Doherty, the former Barcelona and Middlesbrough wide man has tormented a string of opposing full-backs, drawing 18 yellow cards in five matches.

At present there is not a more dangerous winger in English football.

I expect Man City to try and dominate territory and possession at Molineux, which should help Raheem Sterling occupy Doherty inside his own half.

They will also try to push Traore backwards. But from turnovers and switches of play, Guardiola's side must be incredibly careful.

If Traore isolates Mendy in regular 1v1s, or if he draws too many tactical fouls from City players, the visitors could easily find themselves reduced to 10 men.

A Traore-inspired Wolves will certainly prove a very difficult hurdle for the champions to overcome on Friday.