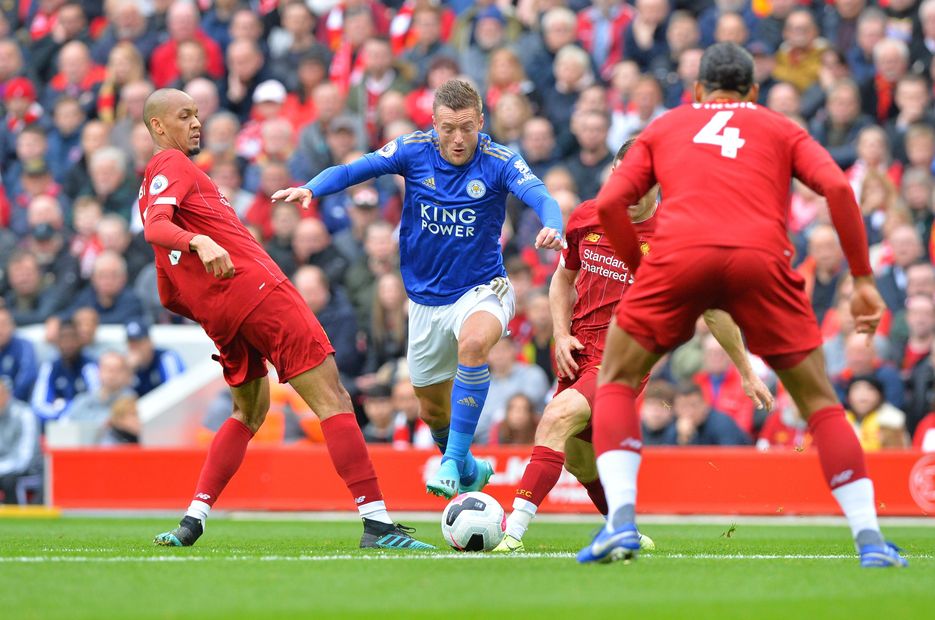 With his home record against Liverpool, Jamie Vardy (£10.1m) can remain the most-selected captain in Fantasy Premier League.

The Leicester City striker has been the top armband pick in each of the last six Gameweeks and has provided attacking returns in 10 successive matches for the Foxes.

The FPL's top-scoring player has been reliable in his recent meetings with Liverpool at King Power Stadium, scoring five goals in his last three home encounters with them.

Mane has scored in his last three meetings with Leicester, including a 12-point haul in Gameweek 8.

Kane has scored twice in two of his four home matches in all competitions under Jose Mourinho.

Alli has totalled 41 FPL points since the Portuguese took charge, more than any team-mate.

Abraham has registered 13 shots in the box in the last four Gameweeks for Chelsea, second only to the 16 of Salah.

Chelsea host a Southampton side who have conceded in 13 successive Gameweeks.

Rashford has four goals and two assists in Manchester United's last six matches ahead of a visit from Newcastle United.

And Pukki travels with Norwich City to Aston Villa on the back of 22 points in his last three road trips.

The Belgian has racked up double-figure hauls in two of his last three away fixtures.

Sterling's 34 shots and 29 shots in the box away from home are both league-leading totals.

Holly Shand (@FFCommunity_): It's another tough week for the captaincy. I think I'll go with De Bruyne. He's really consistent this season, with plenty of goal threat and assist potential.

Tom (@WGTA_FPL): I'm currently on Alli at home against Brighton. I'm expecting a response after the defeat by Chelsea and Alli should be at the sharp end again, especially with Son Heung-min (£10.0m) suspended.

Ben Crabtree (@FC_CrabDogg): I'll keep the faith in Rashford, hoping for a reaction. This time he's not facing a team with a new manager, which helps.

Sam Bonfield (@FPLFamily): Salah has a tough game but has the league form while Alli blanked against Chelsea but has a lovely fixture. I'm going Alli - just!

Ash (@FPLHints): Boxing Day matches are known for their unpredictable results and can be goal fests. It may be worth taking a calculated risk and captaining Kane. Spurs will be looking to bounce back from their loss to Chelsea and he could play a leading role against a team with the fifth-worst away record in the league.