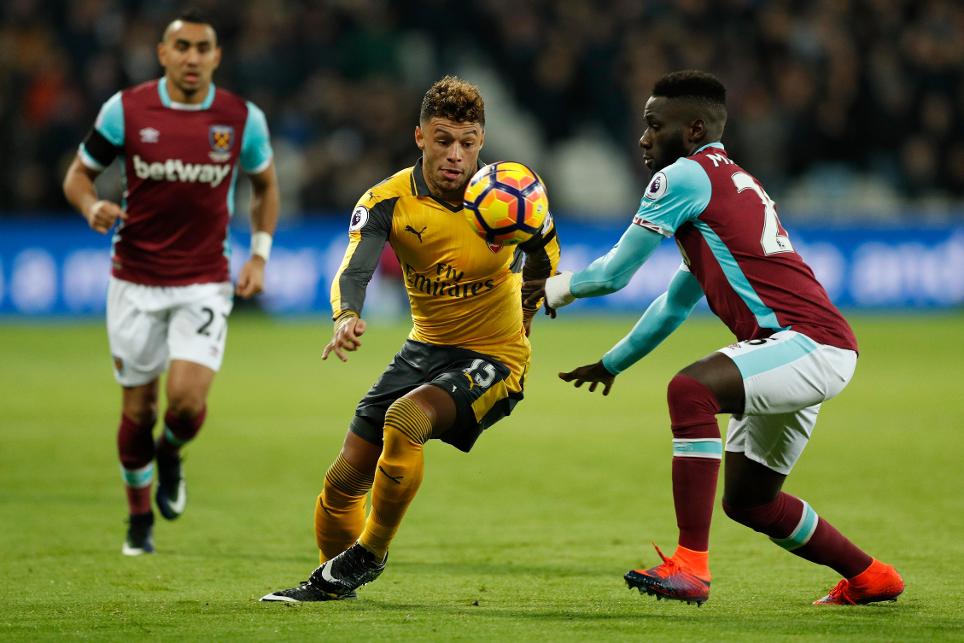 After a goal and assist in the Gameweek 14 win over West Ham United, Alex Oxlade-Chamberlain (£5.8m) will be looking to continue his Fantasy Premier League renaissance as Arsenal welcome Stoke City to Emirates Stadium.

Despite scoring four times in as many starts across all competitions for Arsene Wenger’s side, Oxlade-Chamberlain has been a peripheral FPL figure, providing a goal and two assists over the opening 12 Gameweeks.

But, the 1.5%-owned player has climbed ahead of Alex Iwobi (£5.8m) in Arsene Wenger's pecking order, starting back-to-back Premier League matches for the first time since Gameweek 4.

Stationed on the left, Oxlade-Chamberlain has registered 16 touches inside the opposition penalty area in the past two fixtures, a total only Alexis Sanchez (£11.6m), with 25, exceed among FPL midfielders.

Oxlade-Chamberlain has fired six efforts on goal during that period, fourth for midfielders, while his tally of four attempts inside the box is level with Mesut Ozil (£9.6m) and Theo Walcott (£8.0m).

Oxlade-Chamberlain on the up

When compared with his Gameweeks 1-12 displays, there has been a clear improvement thanks to greater pitch time, as the table below shows.

Although both Iwobi and Lucas Perez (£7.8m) scored in the midweek UEFA Champions League win over Basel, Wenger’s decision to keep Oxlade-Chamberlain on the bench in Switzerland indicates he has been preserved for Saturday's match.

Stoke have been resilient of late, conceding twice in the past four matches, yet have been particularly weak on the flanks in away matches.

Only two sides have conceded more crosses down their right away from home than Stoke.

This suggests Oxlade-Chamberlain’s frequent raids could come to fruition again.