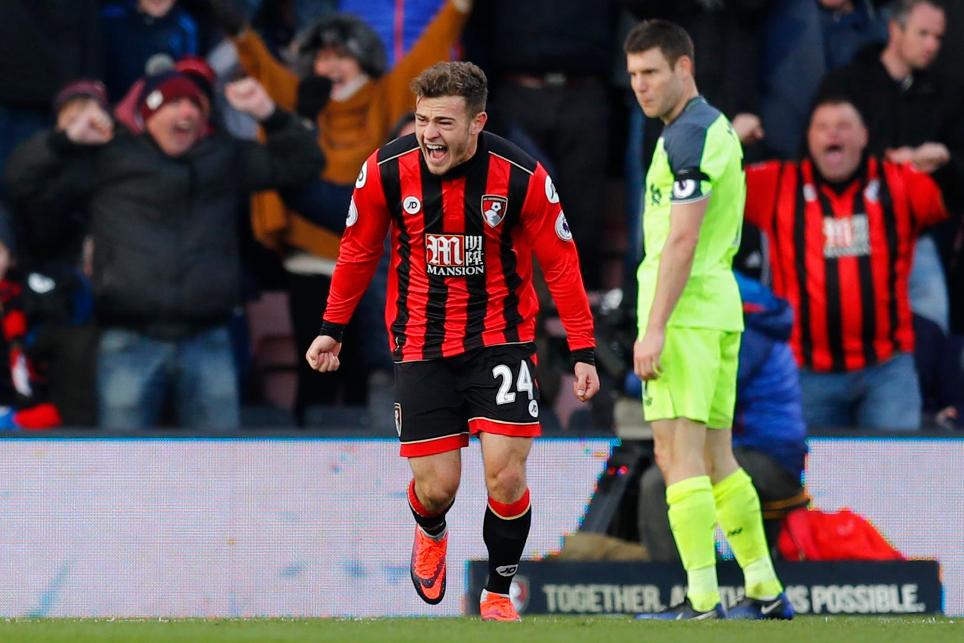 Winger makes Gameweek 14 elite XI, but which midfielder has more call-ups than any other Fantasy asset?

Ryan Fraser (£4.9m) heads up a cast of newcomers in the Fantasy Premier League Dream Team for Gameweek 14.

The AFC Bournemouth winger inspired a late comeback and a 4-3 victory against Liverpool and, in so doing, put FPL managers on alert to another budget consideration in midfield.

He joins six other players making their debuts in the elite XI of a 2016/17 Gameweek.

Marc Muniesa (Stoke City) £4.2m
The Spaniard's goal in Stoke's win over the Clarets arrived in only his second start of the season. His prospects remain weak, however, with captain Ryan Shawcross (£4.9m) expected to replace Muniesa once fit.

Chris Brunt (West Bromwich Albion) £4.9m
Classified as a defender but deployed on the right wing, Brunt's delivery and threat from range came to fruition with a goal and an assist in the 3-1 win over Watford. Despite mounting competition in the Baggies' midfield, Brunt's start in Gameweek 15 looks assured but the forthcoming fixtures are testing.

James Tomkins (Crystal Palace) £5.0m
Exploiting the Eagles' prowess at set-pieces, Tomkins scored his third goal of the season in the 3-0 win over Southampton. Stationed at right-back against the Saints, his pitch time remains in question, although he looks assured of a start for the Gameweek 15 trip to Hull City.

Alexis Sanchez (Arsenal) £11.6m
A devastating 23-point haul in Arsenal's 5-1 victory over West Ham United was the highest score recorded this season. Cemented in the central striker role for the Gunners, Sanchez has already earned almost 200,000 new owners ahead of Gameweek 15. The Chilean has now earned five Dream Team call-ups, more than any other player.

Alex Oxlade-Chamberlain (Arsenal) £5.8m
In a second successive start on the left wing for the Gunners, Oxlade-Chamberlain recorded his biggest points haul of the season with a goal and an assist at the London Stadium. Arsenal's midweek teamsheet in the UEFA Champions League will offer clues as to whether he will be named in the first XI for the Gameweek 15 meeting with Stoke City.

Christian Eriksen (Tottenham Hotspur) £8.3m
The playmaker returned a brace of goals and an assist in the 5-0 victory over Swansea City to earn 18 points. Eriksen remains a potentially effective differential over some favourable upcoming fixtures.

Ryan Fraser (AFC Bournemouth) £4.9m
The winger makes his Dream Team debut on the back of a stunning 15-point return off the bench in the Cherries' win over Liverpool. Fraser started two of the opening three Gameweeks of the season and seems set to earn a recall for the trip to Burnley.

Harry Kane (Tottenham Hotspur) £11.1m
A brace against the Swans took Kane to five goals in the last four Gameweeks and sealed his status as the go-to option to replace the suspended Sergio Aguero (£13.0m). Claiming more than 213,000 new owners ahead of Gameweek 15, home fixtures with Hull City and Burnley in the next three promise further profit.

Diego Costa (Chelsea) £10.7m
The striker's relentless scoring streak continued with the equaliser in Chelsea's 3-1 win at Manchester City. Costa has now scored or assisted in 12 of 14 Gameweeks and would seem poised for continued returns over a promising schedule of fixtures for the Premier League leaders.

Christian Benteke (Crystal Palace) £7.6m
Two goals in the Eagles' 3-0 victory over Southampton were his first at Selhurst Park, taking Benteke to four goals in the last four Gameweeks. In form ahead of the weekend trip to Hull City, the Belgian offers short-term promise ahead of a tough festive schedule for Palace.