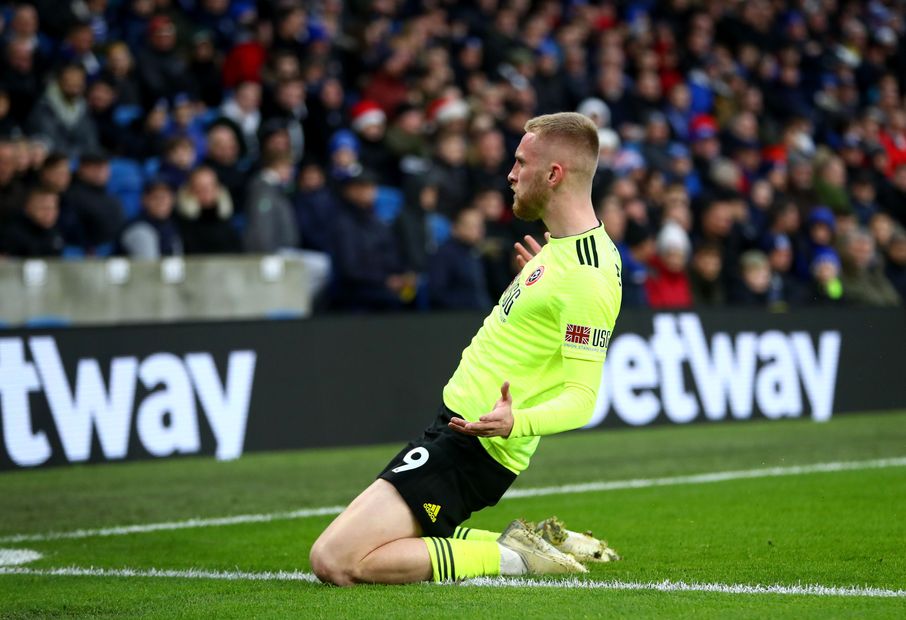 Oliver McBurnie earned Sheffield United a 1-0 win at Brighton & Hove Albion that moved them up to fifth in the Premier League table.

The Blades had an early goal disallowed, with John Egan adjudged to have handled the ball into the net after consultation with the Video Assistant Referee (VAR).

But they did take the lead when McBurnie latched on to a long pass from Blades goalkeeper Dean Henderson and fired the ball in on 23 minutes.

David McGoldrick missed a great chance to make it 2-0, shooting into the side-netting after rounding Brighton goalkeeper Mat Ryan, before Jack O'Connell had a goal disallowed after being ruled offside by the VAR.

Sheffield United become only the second promoted team in English top-flight history to remain unbeaten in their first nine away matches of a season, after Burnley in 1947/48.

They are now only one point behind fourth-placed Chelsea, while Brighton are 13th on 20 points.