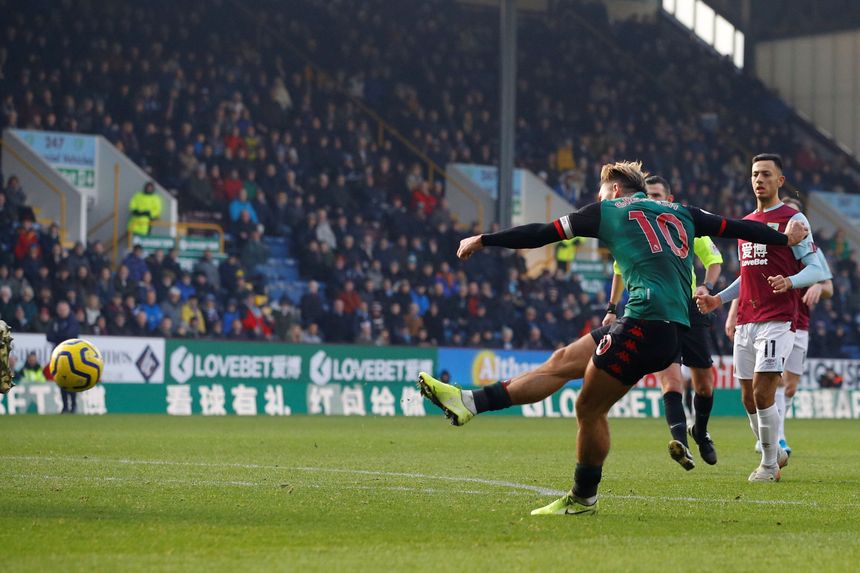 Wesley broke the deadlock on 27 minutes, chesting the ball down and finishing through the legs of Nick Pope for his fifth Premier League goal of the season.

Grealish, who earlier had a headed goal disallowed by the Video Assistant Referee for offside in the build-up, doubled Villa's advantage four minutes before the break with a superb strike into the top-left corner.

Burnley grew into the match in the second half and Chris Wood twice fired off target from close range as they pushed for a goal.

The striker did find the back of the net with a header from Ashley Westwood's cross 10 minutes from time, but the Clarets were unable to find an equaliser.

Villa move up to 16th, two points clear of the relegation zone ahead of the rest of the New Year's Day fixtures.