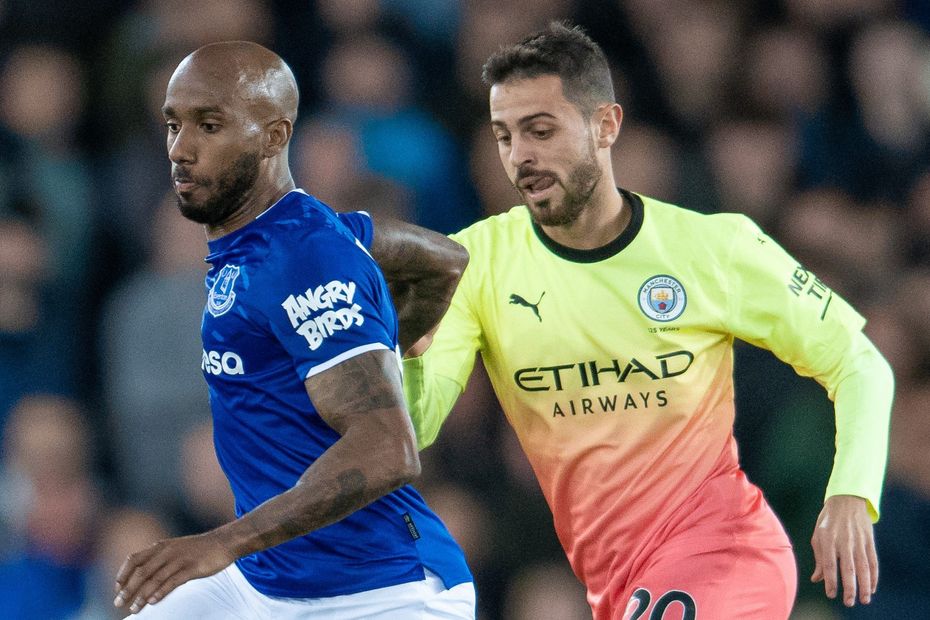 Everton are seeking to extend a five-match unbeaten run and strengthen their position in the top half.

Goalkeeper Ederson returns for Man City after completing a one-match suspension, while striker Gabriel Jesus (illness) is also in contention.

Everton's Morgan Schneiderlin (calf) is set to return to full training on Tuesday, but the match comes just too soon.

Man City’s Gabriel Jesus has scored in his last four Premier League matches against Everton. His total of five goals against the Toffees is the most he has scored against any top-flight side.

If Man City beat Everton it will be the first time they have won five Premier League matches in a row against the Toffees.

Everton are looking to win consecutive Premier League away matches for the first time since September 2016.

Dominic Calvert-Lewin scored five Premier League goals in December 2019, the most by a Toffees player in a single month since Romelu Lukaku also scored five in February 2017.