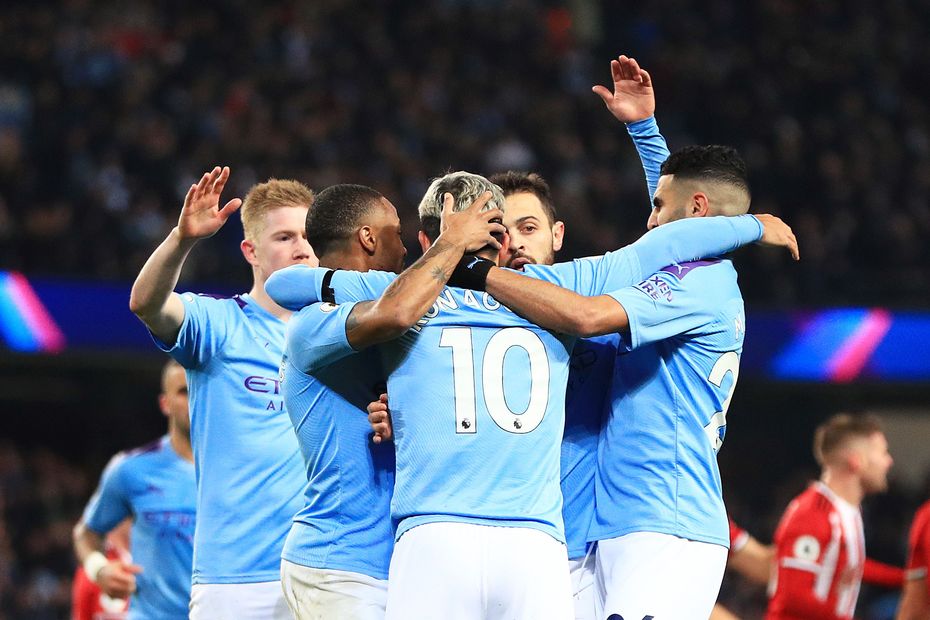 Manchester City moved to within a point of second-placed Leicester City with a 2-0 victory over Sheffield United at Etihad Stadium.

Sheff Utd had the better of the first-half chances, with John Egan heading over before Lys Mousset had a goal ruled out for offside after consultation with the Video Assistant Referee.

Sergio Aguero broke the deadlock seven minutes after the break, firing Kevin De Bruyne's pass high into the net for his 10th goal of the Premier League season.

De Bruyne sealed the points with eight minutes to play, jinking inside before wrong-footing goalkeeper Dean Henderson with a low finish.

Man City now have 41 points from their 20 matches, meaning they are 14 points behind leaders Liverpool.

Sheffield United's first away defeat of the season leaves them eighth with 29 points.