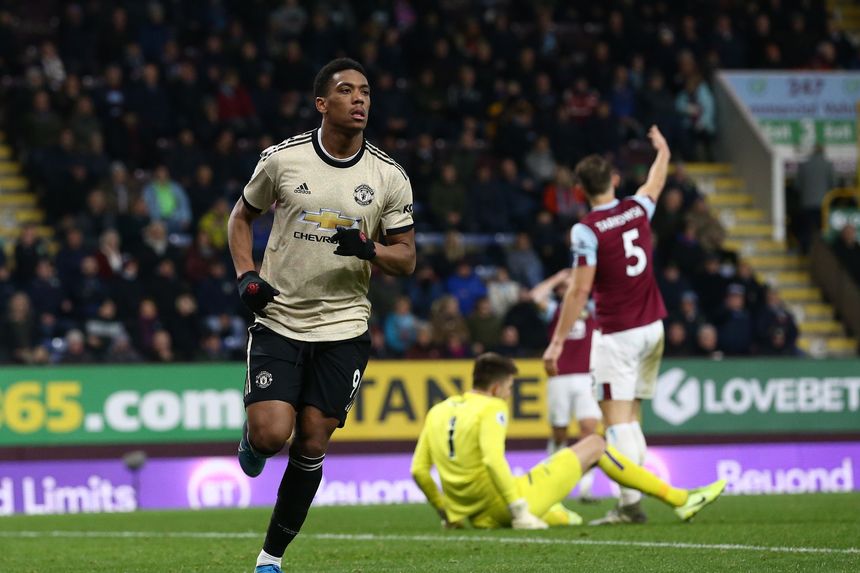 Anthony Martial and Marcus Rashford scored at the end of each half to earn Manchester United a 2-0 win against Burnley at Turf Moor that sends them fifth.

After seeing his shot cleared off the line, Martial put a dominant United ahead in the 44th minute, finishing from Andreas Pereira’s pass for his seventh league goal of the season.

Burnley struggled to create clear chances for an equaliser but did test David De Gea, who had to push away Phil Bardsley’s low shot to keep a first clean sheet in 15 league matches.

A second successive victory was confirmed by Rashford in stoppage time when United broke and he rounded Nick Pope to score.

United climb to fifth on 31 points, while Burnley stay on 24 points and drop to 13th.