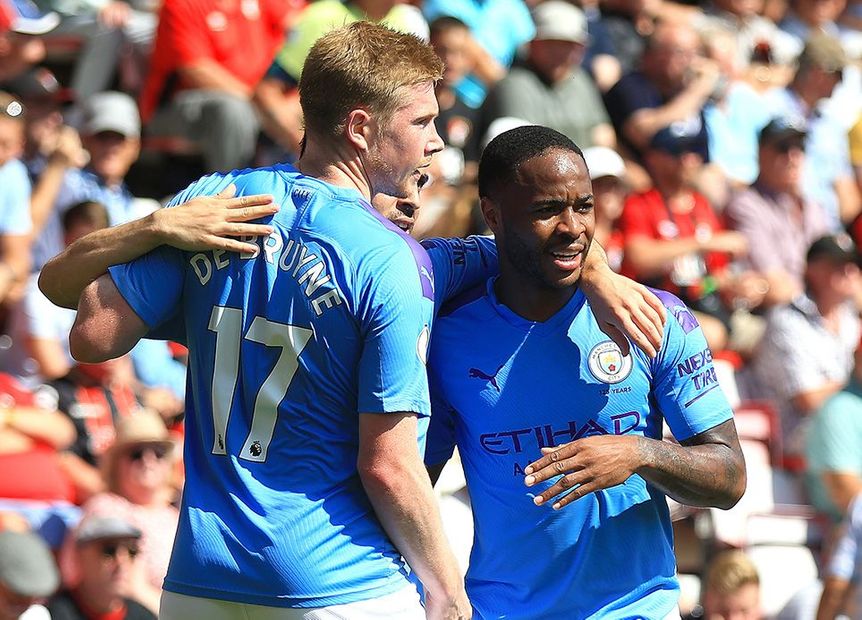 Sterling: Silverware not goals is what matters External Link
GW18 Ones to watch: Son Heung-min

A trip to Manchester City puts the position of Jamie Vardy (£10.1m) as the most-selected captain in Fantasy Premier League at risk.

The Leicester City forward has been the top armband choice for the last four Gameweeks.

His eight goals on the road are more than any other player.

And his 14 shots on target away from home is joint-top for the season along with Man City's Gabriel Jesus (£9.6m).

But the 32-year-old has scored just one goal in his five visits to the Etihad Stadium.

And the Foxes face a City side for whom Kevin De Bruyne (£10.3m) and Raheem Sterling (£11.8m) have stepped up their output.

Playing as a No 10 against Arsenal last weekend, De Bruyne scored twice and provided a Fantasy assist as he earned a season-high haul of 19 points.

Sterling was also on target against the Gunners before netting twice in the midweek EFL Cup win over Oxford United.

Another of the key captaincy options is Manchester United's Marcus Rashford (£9.1m).

The in-form striker is the most-bought forward this week with over 140,000 new owners ahead of the Red Devils' visit to bottom side Watford.

Rashford has scored four goals and provided two assists in the last five Gameweeks. Indeed, two of his three double-figure hauls for the season have come during this period.

Grealish could enjoy more success against Southampton, who have struggled defensively this season.

The Saints are without a clean sheet in their last 12 matches and have conceded 36 goals, more than any other top-flight team.

Holly Shand (@FFCommunity_): It's wide open this week but I'm leaning towards Dele Alli (£8.7m). He's performing well at home under Jose Mourinho and has an excellent record against Chelsea.

Paul Gee (@FPLPaulGee): A couple of months ago this would have been an easy decision: a Man City player. I still believe they're improving so I'm going with De Bruyne.

Lee Bonfield (@FPLFamily): Chelsea look off-form and the squad looks tired, while Spurs are rejuvenated under Mourinho and could now take advantage against the Blues. Picking the best Spurs player is tough but I'll go for Son Heung-min (£10.1m) as he has a higher ceiling for points than Alli or Lucas Moura (£7.0m). Anyone with Harry Kane (£10.9m) in their team might want to look at him against Chelsea's shaky defence.

Ben Crabtree (@FC_CrabDogg): At the moment I'm going for Raul Jimenez (£7.5m) as he's so involved for Wolverhampton Wanderers and Norwich City's defensive record at home is poor.

Sam Bonfield (@FPLFamily): Alli has attacking returns in four of his last five matches and has a great record against Chelsea so I'll probably give him the armband. Vardy and Anthony Martial (£7.7m) could also be great options.

Ben McNair (@drbenmcnair): It's a tough choice, the way the fixtures have fallen. I'm undecided. Sterling, De Bruyne, Son and Rashford are all viable choices. Even Vardy should be in the mix, given Man City's defensive frailty this season.