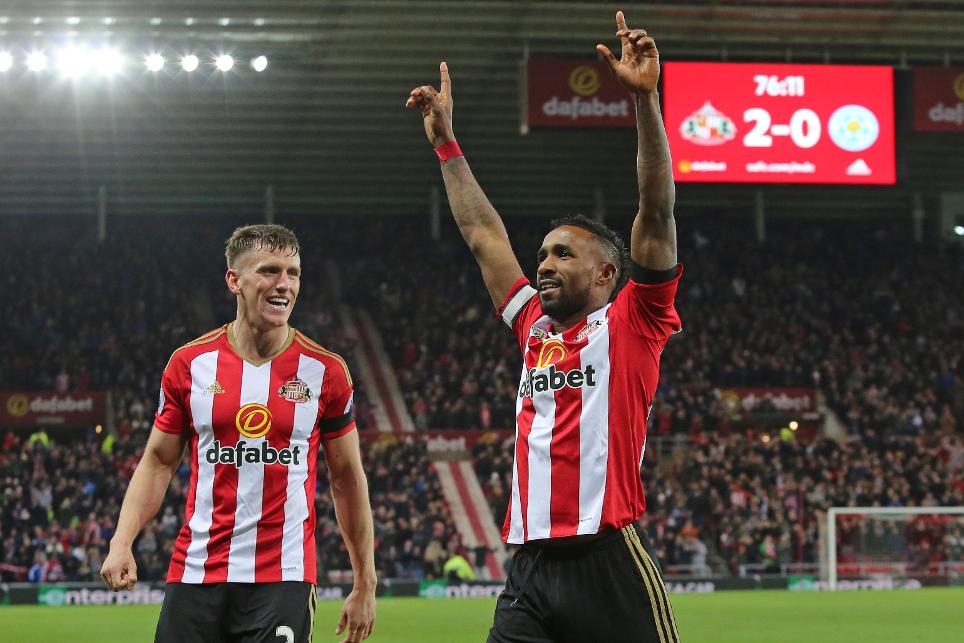 After eighth goal of season in GW14, Sunderland star has earned more added points than any FPL asset

The striker earned a Bonus Points System (BPS) tally of 34, courtesy of his decisive goal and a key pass.

Shinji Okazaki (£5.7m), who emerged from the bench to pull a goal back for the visitors at the Stadium of Light, tallied a BPS score of 25.

The Foxes forward was awarded two bonus points, with Sunderland's Duncan Watmore (£4.9m) claiming the final point on offer with a BPS tally of 23.

Despite failing to score or assist, Victor Anichebe (£4.7m) topped the ICT Index with a score of 15.4.

He registered a Threat tally of 100, second only to Tottenham Hotspur’s Harry Kane (£11.0m) over Gameweek 14.

Anichebe recorded more penalty-box touches (12), goal attempts (eight) and shots inside the box (five) than any other player in the match.

Watmore ranked next in the Index with a tally of 12.3, mainly due to a Threat score of 72 made up of 11 penalty-area touches and five goal attempts.

Defoe's outstanding FPL season continued as he claimed a nine-point return to consolidate his position as the second-highest scoring forward.

Trailing Chelsea's Diego Costa (£10.7m) by 83 points to 99, Defoe is the top forward for points-per-million value and has earned 17 bonus points - more than any other FPL asset.

Found in just over 22% of FPL squads, Defoe's prospects remain strong ahead of a Gameweek 15 trip to Swansea City on Saturday.

Anichebe provides a viable alternative and an ideal solution for those FPL managers pondering a 3-5-2 formation.

He has recorded 12 attempts from inside the box over the last four Gameweeks, compared with Defoe's six.

Sunderland's momentum could be disrupted for Gameweek 15, however, with Watmore suffering a knee injury in the win over the Foxes.

Their defence has shipped two goals in each of the last four matches since Ron-Robert Zieler (£4.4m) replaced the injured Kasper Schmeichel (£4.9m) in goal.

In attacking areas, both Jamie Vardy (£9.6m) and Riyad Mahrez (£9.0m) are failing to reach the heights of last season, while niggling injuries have halted the progress of Islam Slimani (£8.3m) as an FPL prospect.