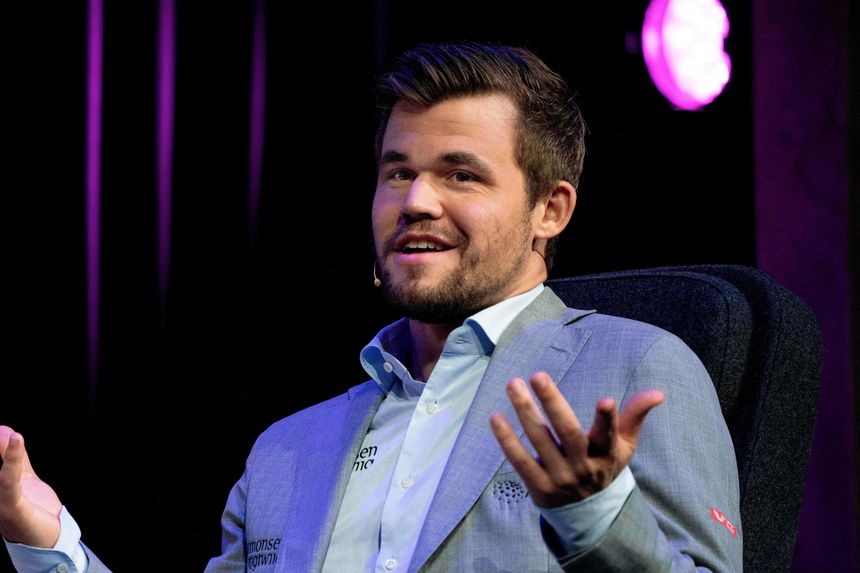 He has been No 1 in the world at chess for almost a decade and now Magnus Carlsen is also firmly in the running to become the king of 2019/20 Fantasy Premier League.

The 29-year-old Norwegian has been a consistently strong FPL manager, finishing in the top 3,000 two seasons ago.

And he could not hide his pride when his decision to captain Mohamed Salah (£12.2m) paid off to send his team, Kjell Ankedal, to No 1 out of more than 7.2million managers on Saturday.

But his position at the top of the world in Fantasy was to last only two days.

Carlsen has been reticent to discuss the secret of his success but said on Twitter recently that it was a mix of statistics and gut feeling.

This qoute may have been included in the @guardian story, but since a lot of people are asking about my #FPL strategy, mine is the not so groundbreaking one of part stats and part gut feeling. Part @Opta-mist and part optimist. Patent pending

It is tight at the top, with Carlsen and Tanner lying just six points apart and Raushan Uttamchandani of the United Arab Emirates sitting between them.

Here The Scout takes a look at the contenders in the FPL title race.

Tanner is the only manager in the top three whose squad is not affected by Liverpool’s blank Gameweek 18 this weekend.

Crucially, he has a trio of big-hitting options that neither of his rivals currently own.

Tottenham Hotspur forward Harry Kane (£10.9m), along with Manchester United pair Marcus Rashford (£9.0m) and Anthony Martial (£7.7m), could all help him to get ahead over the festive period.

Tanner played all three of his chips by Gameweek 7 and has been among the top four in FPL since that point.

He is not afraid when it comes to points hits, either, having taken nine of them on his way to top spot.

The world No 2 will be without two Liverpool players, Andrew Robertson (£7.1m) and Sadio Mane (£12.3m), this weekend but is still well-positioned to field a strong starting XI in Gameweek 18.

Uttamchandani has £2.3m in the bank to freshen up the midfield or forward line with one free transfer.

One option is to retain Danny Ings (£6.4m), whom Tanner and Carlsen do not own, as the main differential in attack, and look to replace James Maddison (£7.8m) given Leicester City face Manchester City and Liverpool in the next two Gameweeks.

Uttamchandani has taken only two points hits so far and played just one of three chips, the Bench Boost in Gameweek 17.

Carlsen heads into Gameweek 18 with a trio of Liverpool players - Mane, Salah and Trent Alexander-Arnold (£7.3m) - in his squad. But he has two free transfers.

He has no players from either Manchester club and could turn to Martial, Raheem Sterling (£11.8m) or Kevin De Bruyne (£10.3m) in his midfield.

Carlsen has captained Sterling on seven occasions, more than any other player this season. That may be decisive in his thinking when it comes to his transfers, considering neither of his rivals own the England international.

At present, Dele Alli (£8.7m) and Lys Mousset (£5.1m) are his two main differentials in attack for this weekend.

Carlsen has played a patient game this season. Not only has he avoided any transfer hits, he is also the only manager in the top three yet to play any of his chips.

See: Overall standings at the top of FPL