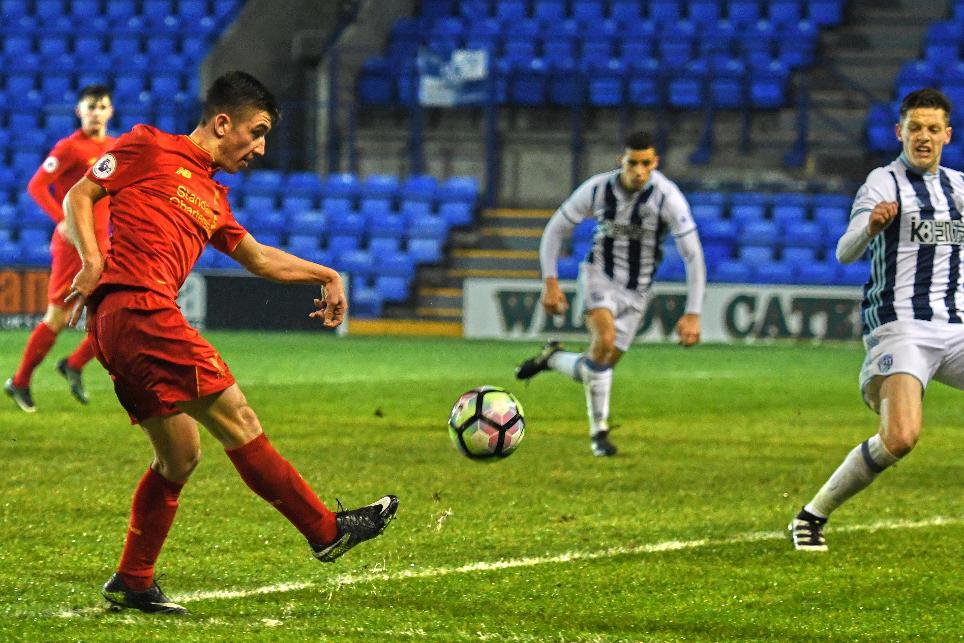 PL2 side earn a point at Liverpool External Link

Cameron Brannagan scored a second-half equaliser to give Liverpool a 1-1 draw against West Bromwich Albion which maintains their unbeaten start to their Premier League Cup campaign.

Brannagan produced a cool finish with 17 minutes to go at Prenton Park after latching on to a pass from Sheyi Ojo, who continued his return to fitness by playing the full 90 minutes.

We're not quite sure how that ended level... pic.twitter.com/vMmoSJzypY

West Brom, who had taken the lead through Andre Wright's looping header in the first half, remain second in Group G, three points behind the Merseysiders, with four points from three matches.

The match was the last in charge for Liverpool's Premier League 2 manager Michael Beale, who has left the club.